Practicing physicians like me rely on up scientific medical journals to keep us current on medical developments. We learn about new treatments for old diseases. New diagnostic tests are presented as alternatives to existing methods. Established treatments, which are regarded as dogma, may be shown to be less effective or less safe than originally believed. It’s a confusing intellectual morass to sort among complex and conflicting studies some of which reach opposite conclusions in the same medical journal. What’s a practicing physician to do?

While the medical journals that physicians read are fundamental to our education, paradoxically most physicians have only rudimentary training in properly analyzing and assessing these studies. For example, the quality of medical studies often depends upon statistical analysis, a mathematical field that is foreign to most practicing physicians.

Doctors like me hope that our peer-reviewed journal editors have done their due diligence and vetted the studies they publish ensuring that only high-quality work reaches readers. On a regular basis, a study in a prestigious medical journal is challenged by other experts in the field who refute the study’s design or its conclusion. Medical progress does not proceed linearly.

Although I am a neophyte here, I will offer some examples to readers highlight defects in study design that can lead to tantalizing and exaggerated headlines and sound bites.

The study is too small. If a new treatment is tested on only five patients, and one of them happens to get better, is it really accurate to announce that there is a 20 percent response rate? Would this hold up if the study had 100 patients?

Is the study randomized? Ideally, the treatment and the control group should be identical in every respect except for the treatment being tested. This is why higher quality studies randomly assign patients into each group. Randomization maximizes the chance that the two groups being compared will be very similar with regard to all kinds of variables including smoking, weight, and other risk factors.

Beware the false association! This is a very common and deceiving practice where investigators try to link events that are much too far apart to be connected. Newspapers and airwaves love this stuff as they have sizzle: “Study shows that gym membership reduces cancer.” This “study” might be sponsored by the Society of Calisthenics and Aerobic Medicine (SCAM). Sure it might be true that gym members have lower cancer rates, but this has nothing to do with pumping iron. These folks are more health conscious and are likely to be fit, non-smokers who pursue preventive medical care. Get the point?

These are just a few examples to give readers a glimpse of the issue. Of course, I just barely peeled the onion here.

Designing medical studies is a profession. Most physicians have barely a clue on how to properly design a study or to interpret it. Most of us rely upon others to perform the quality control function. However, just because it’s a published study, doesn’t mean the study is worthy of publication. Medical research may contain sleight of hand, confusion, obfuscation, all of which can be hard to recognize. The fact that our highest quality medical studies are routinely challenged shows how difficult it is for ordinary doctors to make sense of it all. Medicine can be murky. Caveat lector! 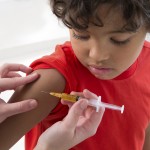 How hepatitis C treatment is a glimpse of health care's future

When medical journals disagree: What’s a practicing physician to do?
2 comments