From new longer-acting drugs to promising gene therapy trials, much is changing in the treatment of hemophilia, the inherited bleeding disorder in which the blood does not clot. I will mark Hemophilia Awareness Month by discussing research and treatment progress, as well as remaining challenges.

1. Many more treatment products are being introduced, including some that last longer. In people with hemophilia, a “factor” — or blood protein that helps normal clots form — is missing or defective. Of the approximately 20,000 people with hemophilia in the U.S., about 80 percent suffer from hemophilia A, which is caused by an abnormally low level of factor VIII, and most of the rest have hemophilia B, caused by abnormally low levels of factor IX. Many patients with severe hemophilia give themselves intravenous infusions of the missing factor to prevent bleeding, which can otherwise lead to crippling joint disease when blood seeps into the joint and the enzymes released from blood cells erode the cartilage.

Factors traditionally have such a short half-life that we tend to treat patients every other day with factor VIII and twice a week with factor IX. The first two longer-lasting products came onto the market within the past year, and more are on the way. So now, with factor IX, it is possible to get an infusion once a week and not bleed. This is really changing how we think about the disease. So far, the new “longer-acting” factor VIII products are not yet long lasting enough to make as dramatic a difference in the frequency of infusions. And creating really long-acting factors remains a challenge.

2. Other new products are coming to market as factors go off patent.  The expiration of patents opens up a field that was limited to a few products as recently as 2014. Some companies are considering making biosimilars — generic-like products for complex protein molecules — for the more expensive factors.

Meanwhile, clinicians are trying to cut through the hype that often accompanies the introduction of new products to help patients understand what’s actually happening. I am about to lead an observational study for the American Thrombosis and Hemostasis Network that will follow  patients as they switch to the newer products and evaluate how well the products perform in terms of safety and how well they prevent bleeds.  We’re trying to take this kind of observational study out of the hands only of the drug companies, which conduct proprietary studies of their particular products, and collect data that cuts across brands.

3. Gene therapy is the next big thing on the horizon. It is progressing much faster for factor IX than for factor VIII. The factor VIII gene is so physically large that it doesn’t fit perfectly into the vector that delivers gene therapy. In the case of factor IX, however, the vector can be delivered through an intravenous infusion. It then  travels directly to the liver, which is where the factor is produced. It appears to be very safe, according to early results published in 2011 and updated in 2014. Although it doesn’t work for everybody, researchers are getting to the point where they believe they can reliably turn severe hemophilia into moderate or mild disease. If they can really turn severe hemophilia into mild hemophilia with one IV infusion, it would completely change the whole field of hemophilia and make factor prophylaxis a thing of the past. The trials are starting with adults. Gene therapy will be more difficult in children because the added gene would get diluted by the growing liver.

4. A number of U.S. centers now follow a regimen that leads to less frequent prophylactic infusions, even with less long-lasting products. Traditionally, U.S. clinicians had patients infuse two or three times a week to boost the missing factor to one percent of their blood, under the theory that this was the threshold needed to prevent bleeds. Canadian researchers showed you can start treating only once a week. If this prevents bleeding, then the patient stays on a once-a-week regimen even if his factor level is below one percent. If it doesn’t prevent bleeding, then the frequency of infusion is increased. We now often use this regimen with our young children. If once a week works, a home care nurse can come in and give an IV instead of surgically inserting a port. It also helps us learn what the patient really needs.

5. The biggest challenge for the field is finding a way to reduce the risk of inhibitors or antibodies that keep factor from working. If a patient’s body reacts against the factor as a foreign protein  in such a way that he makes an antibody that keeps it from working, it’s as if he  hadn’t even been given a dose. We can get rid of inhibitors in 2/3 of patients who get them through immune tolerance induction — by giving enough factor (daily, for months or even years) to confuse the immune system and make it forget it’s a foreign protein. About 10 percent of patients, however, are left with high titer inhibitors that we can’t overcome, which is life-altering and can be terrible. There are hints from experiments in mice that some of the newer factors might lead to a lower incidence of inhibitors in people with severe hemophilia. But mice aren’t people. If it turns out to be true in humans as supposed in theory, then it would be a major breakthrough.

Eulogy for the doctor 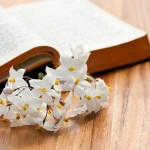