Think you know something about oncology?  Ok then, pop quiz: If you are giving chemotherapy to a patient who does not have cancer, how can you tell if it works?  Ridiculous question?  Not at all.  The answer to that question is; “hopefully, we will never know,” and it is at the core of modern cancer care.

In the 1960s, breast cancer surgeons had a serious problem.  They were doing large complex breast surgeries, such as Halsted radical mastectomies; sometimes taking out all the muscles, all the lymph nodes and even parts of the chest wall, but the cancers kept coming back. These first surgical oncologists found that especially if the original breast mass was large, a year or two after the surgery the cancer returned in other parts of the body, such as the lung.  The cancer that came back was not lung cancer, but was breast cancer that had spread, metastasized.

Frustrated, they decided to try the only tool available when they had run out of big surgeries; they gave patients who had their large breast tumors removed, who seemed to be without remaining cancer, chemotherapy.  To the astonishment of these pioneer physicians, metastases happened less often. The field of insurance chemotherapy, properly called “adjuvant chemotherapy,” meaning to help or assist, was born.

Adjuvant chemotherapy is based on the idea that even when the original mass is surgically removed there may be tiny nests of tumor cells that have floated through the lymph or blood to other parts of the body.  These tiny collections of cancer may settle in bone, liver, lung or other tissue, but they are so tiny that they cannot be found with any scan or blood test.  Given enough time these microscopic cancers will grow to become a mass and hurt the patient.  In certain patients at increased risk, giving chemo, immune or hormonal therapy, kills these hidden cancer cells and cures the patient.

In the next 25 years, dozens of successful studies were done in breast cancer patients, attempting to perfect adjuvant therapy.  The first chemotherapy plans involved treatment for up to two years.  The length has gradually shrunk after it was discovered the first two or three treatments are key; some adjuvant chemotherapy lasts only six weeks, and less than three-month breast cancer treatment is common.  Drugs have improved so that the likelihood of killing cancer cells is increased.  Multiple drugs and methods have been developed to prevent side effects.  In 2013, most breast cancer patients will receive some sort of adjuvant therapy, after surgery and in addition to radiation if required.

Adjuvant therapy has proven effective in other cancers.  It is often used in resected colon cancer, especially if lymph nodes are involved.  It is given to patients with high-risk bladder and stomach cancer. Melanoma patients may receive adjuvant immunotherapy, if the tumor is very deep or has spread to nodes, even though they have been removed.  After several unsuccessful studies, it was finally discovered how to give adjuvant chemotherapy for lung cancer to decrease its very high rate of recurrence. Even pancreatic cancer patients, who have undergone massive “Whipple” surgery to remove the mass, usually have adjuvant chemotherapy, combined with radiation.  In all these diseases, microscopic cancer cells are killed and tens of thousands of patients are saved, every year.

A further innovation, which is used in patients whose original tumor is too big to be removed easily by surgery, is “neo-adjuvant chemotherapy.”  This is the technique of giving chemo before the surgery to reduce the size of the mass and make surgery easier and more successful.  This may be ordered in certain breast cancer patients, rectal cancer, bladder cancer and occasionally lung tumors.

So back to our quiz: You have removed the obvious cancer and the patient looks like they are in a complete remission, but you are worried it might come back, so you decide to give adjuvant chemotherapy. How can you tell if it works?

The answer is that if everything goes well, and the cancer never comes back, you will never know if the patient was cured before the chemotherapy or after.  In either case, they are cured.  So, with adjuvant chemotherapy the best answer of all might just be, “well, I really don’t know.”

Practice being an engaged patient: Choose your own adventure 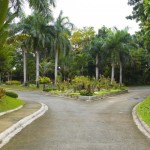 Gender discrimination in medicine: The 5 miracles of Carol Warfield

How can you tell if adjuvant chemotherapy works?
3 comments