To paraphrase Fat Man’s Law Number Three, “At a code, the first pulse you take is your own.”

Enduring advice, as true today as it was in the early ’70s when Roy G. Basch, MD, and his gang of hapless interns roamed the airless wards of The House of God, the mythical hospital in the infamous novel by Samuel Shem, although almost everything else about practicing medicine seems different now.

Half a century later, we physicians have gone from The House of God to a trailer in a church parking lot, yet many of us still cling to a sanctity myth and ignore our own unstable cardiac rhythms.

You can hardly blame us.

As physicians, we care for people’s bodies. As healers, we tend to their souls. Our patients come to us worried, scared, and in pain. We investigate, diagnose and treat their illness. We offer them comfort and hope. We make space for their suffering and ease their burden by sharing it. George Bernard Shaw observed, “We have not lost faith, but we have transferred it from God to the medical profession.” It’s true: When people are sick, a part of them needs to believe that we are gods. To carry such enormous responsibility for others, a small part of us must also believe this.

What happens, then, when we lose our faith? Somewhere in the murky haze of the early COVID-19 calendar, I collapsed into cynicism and stopped believing in the institutions that had previously supported us in doing God’s work.

Like many of you, I concluded that the health care system is broken beyond repair, that the CDC can’t save us, and that the government doesn’t care. The temple of medicine no longer felt like home.

If you’re uncomfortable with my religious metaphors and feel tempted to dismiss them as the melodramatic musings of a self-absorbed psychiatrist with a God complex, I invite you to consider that pre-pandemic, male and female physicians committed suicide at rates of 40 percent and 130 percent higher than the general population.

In The House of God, young Roy learns this bitter lesson firsthand, sprinting up the stairs to the eighth floor moments after his co-intern, Wayne Potts, throws himself from the hospital roof.

In the aftermath of Wayne’s death, Roy grapples with his culpability in his friend’s lethal choice, one he both struggles to comprehend and instinctively recognizes could have been his own.

“They’d ignored his suffering, his months of fatal depression,” Roy reflects. “And because I felt helpless and didn’t know what to do, I’d ignored it too.”

In uncertain times, even a secular humanist might ask, “WWJD?”

You didn’t think an op-ed on the existential burden of practicing medicine in a deteriorating democracy on a dying planet during a plague would miss the opportunity to invoke Jesus’ most famous medical mandate, did you?

“Physician, heal thyself” presupposes that we know what we’re treating.

Somewhere toward the beginning of the pandemic, I took my own pulse and knew something was wrong, although I couldn’t diagnose the disorder.

I felt depleted and thought I needed to bolster my own resilience. I was constantly disappointed with my experience as a doctor and physician leader and believed that unlearning perfectionism might help me tolerate practicing medicine in a broken system. I reflected upon my use of language and how it impacted my emotions and chose my words carefully.

I recognized that organizations don’t love me and started to learn how to love myself.

I loosened the shackles of self-criticism and began to cultivate self-compassion. And throughout, I wrote while channeling Fat Man, who declares, “I’m not crazy, it’s just that I spell out what every other doc feels, but most squash down and let eat away at their guts.”

Writing, like prayer, is fundamentally a form of connection. For me, it’s also an exercise in vulnerability. Because without vulnerability, authentic connection is impossible. As physicians, we’re comfortable with everybody’s vulnerability but our own.

So, I ask you, like Roy’s co-intern and friend Chuck Johnston asks the chief of medicine in The House of God, “How can we care for patients if’n nobody cares for us?”

A recent survey of physicians published in the Mayo Clinic Proceedings revealed that one-third of us plan to reduce our work hours in the next year, and 20% anticipate leaving our current practice within the next two years.

This is true for me: I stepped down from medical leadership and cut my clinical FTE in half. But leaving medicine must not be our only answer.

Fat Man’s Law Number Eight: They can always hurt you more. After careful consideration of advantages (“long lunch hours”) and disadvantages (“contempt, daily, of other doctors except when they are in therapy”), Roy Basch and a handful of his co-interns make the mutinous decision to abandon internal medicine and pursue psychiatry residencies, explaining “we’re trying to save ourselves.”

Joining together at the end of their intern year, in the wake of Pott’s suicide, these young doctors recognize that their relationships with each other and the possibility of developing relationships with themselves offered a cure.

As callous, crass, and chauvinistic as they are, this fictional fraternity of physician members understands that connection is the key to healing.

As a doctor, I want to relieve suffering. As a psychiatrist, I care deeply about my peers’ emotional health and wellness. As a mother, I’m wired for caretaking.

As a yogi (if your Sanskrit is rusty, yoga means “to yoke” or “unite”), I want to bring everyone together. And as a writer, I believe in writing what I know.

What I know is how to cultivate meaningful connections by holding space for others.

As doctors, you know how to do this, too:

What has been more difficult for me, and what I’ve been learning, is how to hold space for myself.

I believe that authentic connection is the most powerful antidote to the suffering inherent in the human condition, and the place we damaged doctors need to start to heal our broken hearts.

In the immortal words of Ram Dass, “We are all just walking each other home.” My writing is my offering to help us foster connection.

I ask, from a place of curiosity, not challenge — what’s yours?

Elizabeth LaRusso is a psychiatrist.

It's time for a reckoning in pain medicine 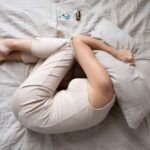 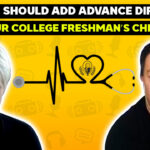 Leaving The House of God
3 comments