In the tale of the Pied Piper of Hamelin, the piper tunefully leads the children astray and to their doom.

Well, the piper has returned. Actually, he has been back for several years, but few noticed. This time he is not making off with the children but rather the beds they lie in, specifically pediatric hospital beds. This was not really obvious except to pediatricians until the recent calamitous “triple epidemic” of COVID, influenza, and RSV. Suddenly there are hoards of children requiring hospital care but no beds for them to occupy.

Where did the beds go, and why?

Early on in my career, I recall pediatric units being quite full at most times (a little more in winter, of course), but as the years went by, the census diminished, and beds designated for kids disappeared. It wasn’t that kids got healthier but rather that the criteria for admission became stricter.

Of course, an argument can be made that a child should not be in the hospital unless s/he really needs to be there, but it’s the flip side that has resulted in this situation; that is to say, any child who does not meet these criteria should not be admitted. This rule has been strictly applied, and as a result, many kids that would have been admitted in the past are denied entry.

This seems sensible initially, but it overlooks the nature of pediatrics and children’s illness.

Early in an illness, it can be difficult to determine whether the condition is serious or trivial. Admitting these kids for “observation” is a useful step. The value comes from a repeat examination of the child and, most importantly, from the skill and expertise of the nurses caring for the child. If the child turns out to have a serious condition, it will be promptly identified and treated. Suspected acute appendicitis is a classic example; despite modern imaging technology, serial physical examination still plays a role in diagnosis.

A common scenario is a child, looking quite unwell, admitted in the evening who, the next morning, is running around playfully, confirming to all that nothing serious is going on. The child can be discharged, and all are happy – except the utilization nurse or case manager who, with a dour face, disapproving tone, and brandishing the bible of Mckesson InterQual, admonishes the admitting pediatrician as the child failed to satisfy admission criteria.

A second reason for admission is essentially social. A sick child is a terrible worry for parents who, these days, often lack coping and caring skills and may not even be able to afford antipyretics for their child. Caring for a sick kid at home may cost a parent their job. Admitting their sick child can provide tremendous relief, and during the admission (again, often just overnight), nurses can coach and teach the parent rooming in.

The principal effect of admission criteria is to prevent children from being admitted to the hospital, whether it is as an inpatient or observation status. Hospitals embrace these admission criteria as they lose money with every child admitted. Pediatrics is a loss specialty. In every state, at least 30 percent of children have Medicaid as their insurance coverage (here in Louisiana, it is 53 percent). Medicaid does not pay well; federal and state governments continue to pay only 40 to 60 cents on the dollar for pediatric care compared to adults. This is why children’s hospitals are begging for public charitable contributions.

These pediatric beds have been transformed in many hospitals into paying beds serving other specialties.

In most versions of the fairy tale, the children of Hamelin were never seen again. In others, the children are reunited after the town agrees to pay the piper for their return. Alas, I cannot see our broken health care system paying for the return of pediatric beds.

New York nurses strike for dignity and respect on the frontlines 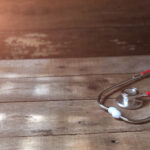