The prevailing party contract is not the only contract that can protect a doctor in medical malpractice litigation. There is also the doctor-defense counsel contract.

Because of the risk of litigation, doctors often have a contract with a medical malpractice insurance carrier. The carrier offers to cover litigation costs in exchange for premiums, limits on liability, and other terms of coverage. The insurance company is then obligated to appoint and pay for an attorney to defend the doctor.

This contract typically includes a “cooperation” clause requiring the doctor to work with the insurance carrier and the attorney it appoints in their defense plans. Essentially, there is an unnamed third party to this agreement – the attorney.

When a doctor is served with a complaint, they notify the medical malpractice insurance company. The company then appoints an attorney, who likely already has a contract with the carrier to offer representation to the insurance company for the defense of its clients. The carrier accepts this offer in exchange for a retainer and other compensation, and sets terms for how it expects the lawyer to defend its clients.

What if the doctor wants a written contract with the lawyer?

In regards to the medical malpractice case in question, the doctor agrees to fully cooperate with defense counsel by providing a summary of the medical intervention in question that demonstrates the lack of merit in this case. This summary also tests the quality of evidence in this hypothesis with a level of significance of 0.05, corresponding to a 95% chance that this hypothesis is correct.

It is expected that this hypothesis will be used to assist in the defense of this case. It is understood that the burden of proof is preponderance of evidence. It is also understood that the quality of evidence, specifically a level of significance of 0.05, as presented in the hypothesis, does not conflict with preponderance of evidence. This same quality of evidence will be reflected in the denials stated in the answer to the complaint and in the certificate of qualified expert (CQE) prepared by the medical expert.

In consideration, the defendant doctor has no hesitation to accept representation by this defense counsel and no objection to appropriate compensation.

Assuming all conditions regarding preponderance of evidence and quality of evidence are accurate, counsel will make a sincere effort to base this physician’s defense on the aforementioned hypothesis. In these circumstances, the quality of evidence, specifically a level of significance of 0.05, will be reflected in the denials and in the certificate of qualified expert.

For this consideration, defense counsel agrees to represent this doctor under the previously agreed upon terms of compensation.

It goes without saying that any malpractice attorney and any medical expert should understand the concept of preponderance of evidence, the meaning of a level of significance of 0.05, and the concept of a type I error. The terms of this contract are entirely reasonable and completely compatible with all other existing contracts between the doctor and the insurance carrier and between the lawyer and the insurance carrier. Additionally, as a written contract, it is compatible with the oral contract that the attorney claims already exists.

To be legal and binding, contracts must be made in good faith and all parties must agree to an offer made by one party and accepted by another party. Something of value must be exchanged for something else of value. In this case, the items of value to be exchanged are: 1) the doctor’s pledge to fully cooperate and to accept representation by the lawyer without hesitation, even though the lawyer has a contract with the malpractice carrier and is directly paid by it, and 2) the lawyer’s pledge to be an unquestioned, zealous advocate for the doctor in a malpractice lawsuit. There is no coercion and all parties are competent and have the capacity to accept the terms. If a lawyer does not want a contract, another lawyer can be provided. The doctor-defense counsel contract fulfills the usual terms of contracts. 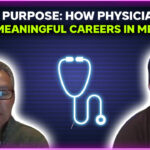 A couple's journey with a rare neurodegenerative disorder