“No, no, no! I’m having a nightmare!” She shrieked through the phone. I couldn’t bear to hear it as words fell clumsily out of my mouth. “Your husband couldn’t breathe on his own. We had to put him on a ventilator. I’m so sorry.”

I was apologizing already. I’m sure she knew that it wasn’t a good sign when a physician opened with an apology. “What does that mean?” she stuttered. I could hear in her voice that she didn’t want the answer. “Your husband has a large blood clot in his lungs. When patients cannot breathe on their own, in this situation, with this virus, it is usually a mortal event.” I had five years of experience calling families with horrifying news; why did I feel so awkward? I became frustrated with myself. With each scathing statement, I cringed. I didn’t know how to give her the truth without tearing the last shred of hope out of her heartbroken arms. Her painful sobbing ensued. For the first time in my life, I knew what people meant when they said they were “numb.” My hand held the phone lifelessly but I refused to cry in front of my colleagues, who were frantically rushing me for sign out. But the worst was yet to come. Another sound came shrieking across the line. Three daughters. One my age. They were listening in. I was on speakerphone. I had no idea.

It was Good Friday. They needed their father for the major Catholic holiday that their Sicilian family celebrated in three short days. Easter was a holiday I spent with my Italian family every year in traditional style with flowers, chocolate, and multiple rounds of food. In fact, my birthday intermittently fell on Easter Sunday, so early April was an especially nostalgic time of year for me. For Italians, Easter marks the end of winter, the beginning of Spring. It is the celebration of our Savior’s resurrection. This is the time of the year when what was dead comes back to life. But our holiday lost its promise this year. The three, I imagined beautiful, young women waled, sobbed and waled in terror on the other side of the phone. Their 55-year-old, healthy father wouldn’t be home for the holiday. In fact, last Easter was their last Easter with him. I understood what the upcoming holiday meant. I understood having an Italian father who was born and raised in Brooklyn because mine was, too. I understood being the daughter of that kind of stubborn, old-school, independent man and I understood needing him in my life, for better or worse, but I couldn’t share any of this with them. “I need a miracle, I need a miracle, I need a miracle!” Colloredo’s wife recited over and over in desperation. I felt their cutting cries in the makeshift ICU, but it was late in my shift, and there was more bad news to distribute to anxious families across the city.

Time raced on. “Please, please let my daughters see their father. Please let me see my husband.” “I’m sorry, it’s just too dangerous,” I regretfully replied. I wanted to break the doors open for them and every family who begged to say goodbye to their loved one. I glanced over and watched the ventilator force air into Colloredo’s stiff lungs. Once a strong and self-sufficient man, their husband and father was now lifeless, paralyzed. His skin crackled from pneumomediastinum that engulfed the entire left side of his neck and trunk. He was admitted 24 hours earlier. They were “just with him,” they insisted. How could this be? I didn’t have answers. I wondered if I was having a nightmare, too.

Diana’s mother wanted to FaceTime with her beautiful daughter, a 32-year-old lawyer born and raised in Bay Ridge. A young, accomplished woman who made her way through the outer borough school system and achieved her professional dreams. I identified with her story because it was mine, too. She happened to become the lawyer; I happened to become the doctor who now watched her tumble into respiratory failure as the virus overwhelmed her body.

“You’re a nurse, correct?” I asked her mother. “Yes, I am. Is she OK?” I was relieved. She seemed to be keeping it together. “She was intubated this afternoon,” I regretfully reported. Mrs. Aree knew what this meant. “Please, let me see her.” She begged. “I will FaceTime with you as soon as I can.” Abruptly, a blaring alarm intruded our call. Another code blue. I hurriedly hung up. I never did get the chance to call Diana’s mother back, but I passed the message to a stronger nurse.

I called six more patients’ families that evening, all of who had already passed. Men and women died one after the other over the course of that afternoon. Simultaneous codes didn’t allow us to resuscitate any of them. Everyone I spoke to received the news that their beloved father, daughter, sister, or mother was gone. They died silently on a ventilator, alone. Furthermore, unable to hold memorial gatherings, families couldn’t touch, hold or see their loved one’s body again. They were just with them, but now they were gone.

I was off that Easter weekend. I texted my friends who were on duty to see how Diana was doing on Easter morning. “Is her kidney functioning improving? Did anyone call over to the main hospital and present her case for ECMO?” Leo typed slowly, “we didn’t get a chance, Marissa. Unfortunately, she died this morning.” I read the text and looked away. I sighed, paused, and then I looked her up. I found her LinkedIn and Instagram accounts. She seemed incredible. I don’t know who called her mother that Easter morning, but my heart broke for both parties. She was young with no known medical history and was full of promise. We were rooting for her. When she made a full recovery, I wanted to become a friend of hers. But my hope was shattered now, too and all I could remember was failing her mother that night. I didn’t realize she had 48 hours left. If you’re reading this now, and you are Dina’s mother, I want you to know I am so sorry.

The streets of New York City were completely silent. I drove the variable reliable 2002 Toyota Camry my sister graciously lent me to avoid the devastated public transit system. I panicked every day at 6:30 a.m. and every night at 7:30 p.m. I knew that if I were to break down on the way to the hospital, I would be stranded. Emergency services were inundated with emergency calls. If I crashed and sustained any injury, I could very well be left for dead on the Brooklyn- Queens Expressway, a roadway usually so packed with cars it more often resembles a parking lot than a major highway. I was in isolation from friends and family for three weeks at this point. I went on to spend my birthday alone for fear that I may be an asymptomatic carrier. As a physician caring for these patients, I felt like a constant threat to others during a simple trip to the grocery store. No one knew how long the virus lived on surfaces or how it was transmitted yet. But I saw what this virus was capable of, so I obeyed diligent precautions. I never wanted to be the reason why another physician would have to make the calls that I had to make that day.

The firetrucks applauded and celebrated with us at 7 p.m. every night. The city cheered audibly for the “heroes,” but I wasn’t a hero at all. As a cardiologist, I was used to saving lives in an impactful way, but this was a different story entirely. I was no longer doing what I originally dreamed a doctor would do. One day, as the men and women of service cheered, the tears consumed me. I couldn’t hide my despair any longer. It was uncontrollable. It took at least an hour to gather myself once I got into the cold car. It was as if every moment of “strength” I had during these phone calls melted into this unexpected moment of painful, overwhelming emotional expression.

When the sirens rang out, and they cheered, I couldn’t bear to think they were cheering for me. Rather, I imagined them celebrating patients’ lives lost, lives that families could not celebrate or commemorate in a proper fashion. I reasoned that the cheering and applause were a demonstration of support and encouragement for mourning families who desperately needed comfort.

And so today, I thank you, families. Thank you for allowing me to be with your beloved at the end of their incredible lives. You all should hear that their lives touched mine in a way that will remain with me forever.

Marissa Lombardo is a cardiologist.

A couple's journey with a rare neurodegenerative disorder

How to recognize and stop gaslighting in your relationships 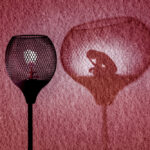