America is a litigious society. The medical liability litigation industry is evolving in the United States. There are 600 plaintiff firms,  700 defense firms,  60 medical professional liability companies, an equal number of self-insured plans, 50 expert witness referral services,  thousands of medical expert witnesses, 80 special interest groups, the American Rule, the AMA’s Litigation Center and a parade of bureaucrats, who are self-proclaimed health policy experts, in all levels of government, not to mention those in organized medicine, in bar associations and in the tort system. The total commerce from medical liability is at least $ 56 billion per year, $ 39 billion of which is earned by the medical liability litigation industry.

This starts in the 1960s. Random mal-occurrences, as errors of nature, have always accompanied medical interventions even under the best of circumstances. They were inevitable. No one can be held accountable for errors of nature. However, some attorneys in California found a way.

At first glance, an error of nature is indistinguishable from a medical error. Holding a doctor accountable for an error of nature accompanying medical interventions became the present-day equivalent of a witch hunt. Create mass hysteria by capitalizing on a “suspicion of fault.” Suspicion of fault, like suspicion of a bewitching, normally accompanies misfortune. Once accomplished, people are convinced that lawsuits are justified. And so began the present-day witch hunts.

Witch hunts can be stopped. Case in point was Salem in 1692.   The population of the Massachusetts Bay Colony was approximately 10,000 people. Over 200, or 5 percent, were frivolously accused of witchcraft, and 20 were executed. Their property was seized by the Court of Oyer and Terminer and redistributed to the families of those “bewitched.”

In 1692, mass hysteria was used by puritanical zealots to provoke fear throughout the Massachusetts Bay Colony. It just took an accusation against anyone. Witch hunts ended when it was proven that the so-called bewitchings were nothing more than side effects of ingested ergot. Until then, fear of bewitchings resulted in a 5 percent chance for anyone to be accused of witchcraft, which led to a 10 percent chance of being executed as a witch. The accusers got their property, and the Court of Oyer took a piece of the action.   It ended when everyone in Salem, even the accusers, finally realized that they had skin in the game.

This is how to end a witch hunt. To this day, it is commonly accepted that the cause of most malpractice lawsuits is poor interpersonal communication by doctors. This is a complete myth. The root cause is the communication skills used by accusers, ambulance chasers, and hired guns to misrepresent an error of nature as a medical error caused by a physician. This witch hunt ends in the same way previous witch hunts ended – giving everyone involved, especially the accusers, skin in the game. This breaks the trend of mass hysteria.

There is a way for doctors to protect themselves from a frivolous medical malpractice lawsuit. They must make a prevailing party agreement with every patient in their practice.

Because malpractice insurance protects physicians from medical malpractice lawsuits and covers all their legal costs, it could be argued that doctors incur no personal costs even if they prevail. However, this dismisses the fact that the doctor pays malpractice premiums. When this claim is made, the premium itself is the cost arising from litigation. Hence, should the doctor prevail, the claimant is obliged to pay that year’s premium.

It remains to be seen how such an agreement affects a doctor’s practice; however, since each lawsuit has a 70 percent chance of being dropped and only a 1 percent chance of a plaintiff verdict, the doctor will likely be the prevailing party. This should discourage anyone from making a false allegation. Now everyone has skin in the game.

The emotional side of CPR: Reflecting on the challenges of resuscitation in the wake of Damar Hamlin's collapse 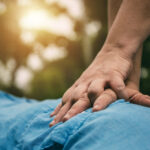 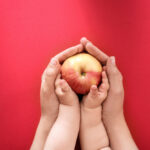 How to prevent a frivolous medical malpractice lawsuit
9 comments