You start off your morning by receiving the patient handoff, then you “pre-round” on the EHR (furiously scribbling down information), then you physically pre-round on patients (or at least the “sick” ones), then you move onto some form of “proper” rounds that are generally attending specific (walk rounds, sit-down rounds, family-centered rounds, etc.), with the aid of the EHR or flying by the seat of your pants (a.k.a. depending on being able to read what was furiously scribbled down a mere hour or two ago and praying that you wrote enough), and somewhere in between you’re ordering medications and calling consults and reminding yourself that you don’t need to run to the bathroom because you purposefully don’t hydrate so you’re not one of “those” who need to conform to bodily needs. (Breaks for sentences were omitted, just as they are on clinical rounds.)

Why do they even call them rounds? Is it because you’re going round and round in circles? Is it because a circle is infinite, never-ending? Is it because of Sir William Osler’s famed “rounding” in the John Hopkins dome? No matter; you’ve probably nodded off to sleep (seated or standing) at some point during rounds. You’d think rounds would get better as you travel up the ladder of the medical system, but no, it’s just as arduous as an attending listening to the monotonous voices reciting patient information (in that haphazard manner of younger trainees) that makes me wonder if my own attendings were bored to tears listening to me too back in the day.

And then it’s some ridiculous hour past noon, and you haven’t seen all your patients, and some relative has found your little circular group and begins screaming that you don’t care about their sick child/mother/significant other and what’s taking you so long and what have you even been doing all day?

“We’re rounding,” you tell them, and if you’re feeling cheeky, you add, “the fact we haven’t come running to you first means your child/mother/significant other is wonderfully stable, and for that, we’re grateful.” (The latter part may or may not grant you a partial reprieve.)

This piece had the alternate titles of “I hate rounding” or “How to not make rounds suck.” But let’s be real, hate is a strong word, and there’s no way to make rounds not suck. (Except by eliminating them completely.)

Maha Al-Ghafry is a pediatric hematologist-oncologist.

Being an influencer has the potential to be destructive: a physician's cautionary story 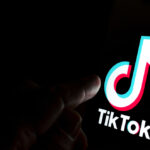 How people of faith can respond to our broken health system 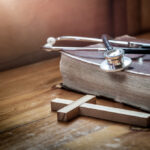