An excerpt from Influenced: The Impact of Social Media on Our Perception.

During the COVID shutdowns, my medical practice—like that of most doctors—dramatically slowed down, giving me a lot of unaccustomed downtime. One day, my twin daughters approached me and urged, “Dad, there are some really good doctors on TikTok. You should be one.””

To my surprise, I found that the notion intrigued me. In addition to being open to finding something to do that would fill my newfound spare time, I came up with three reasons for testing my chops on TikTok: it might be a good way to dispel misinformation being spread on TikTok (there is plenty of good information too); I could gain a more comprehensive perspective as part of my research for this book; and, as I will explain in full in the subsequent chapters, I thought it showed some promise of providing me with fun and a pleasurable dopamine rush. (This is the same neurochemical release that occurs when one gambles, eats chocolate, takes drugs, etc.) Also, I suppose, there was a part of me that wanted to prove that I was a “cool dad” to my daughters.

I donned my scientist’s hat and approached the effort with the tenacity and meticulousness of initiating a research project. I set a goal of one thousand followers on TikTok and told my daughters that, once we hit it, I’d buy myself a new iPad. I set about recording and posting different types of videos and immersed myself in TikTok’s data. I analyzed the results to determine which topics had higher ratios—video likes divided by video views—and which ones led to the most shares. I created my own metric, which I dubbed “the follower efficiency ratio”: the number of total video likes for my account divided by the number of new followers for a given time period (e.g., six hours or a day). At first, it took more than one hundred video likes to acquire one follower, a ratio of 100:1. So, I reasoned, if my channel were to receive ten thousand total likes across all my videos, I would gain one hundred new followers. I tweaked and tinkered with my profile information and biography wording to optimize the best ratio and boiled it down to a ratio of 26:1; by my calculations, the ten thousand likes would yield about 384 new followers, a dramatic increase in efficiency.

I posted videos nearly every day and frequently engaged with my followers, either in response to comments or when they tagged me in other videos. TikTok Live is another feature that I experimented with to directly engage with followers in Q&A. This process mushroomed into more of a time investment than I’d bargained for; I was spending about two to three hours per day creating content and interacting with my followers. It was exhausting, but I could feel the dopamine starting to percolate in my brain, prodding me to keep going.

So what if my kids were starting to resent that TikTok was taking up all my mindshare and I was ignoring them—I had much bigger fish to fry! I set my sights on the holy grail: one million followers. I was on a mission, and nothing was going to stop me. The dopamine craving for more followers gnawed at me to floor the gas pedal like a race car driver.

My daughters had innocently created a TikTok Frankenstein. I was out of control, subsumed by my number of views, likes, shares, and followers—especially as my popularity began to surpass many household-name celebrities and well-established influencers.

It reached a breaking point when my daughters attempted to talk to me about their day. I was too busy responding to TikTok comments to pay attention to what they were saying. My wife and daughters felt that they had no other option than to conduct a TikTok intervention.

It backfired. I felt betrayed because I interpreted my daughters’ actions as meaning they were no longer supportive of my goals. Part of me felt that they were jealous and resentful of losing my attention, which, at the time, I didn’t think was fair. I struck back by continuing as if the intervention had never happened and refusing to discuss TikTok with them.

There is always that moment when karma catches up with an addict (and yes, I fell into that category). My payback hit me when a new video was once again accused of a community guidelines violation.

The feeling of having a suppressed account was agonizing. How could TikTok not promote my viral videos? How could I be so neglectful and not take care of my virtual children?

I was forced to take a step back and experienced a psychological state known as learned helplessness; no matter how hard I tried, I could not get any videos to go viral. This time, during the separation from TikTok, reality set in and my epiphany occurred. I had been guilty of ignoring my real-life children in favor of my virtual ones. I realized that I was the influencer—and also the one being influenced as if a spell had been coursing through my neuro-machinery. I had become severely detached from my family, and the unleashed guilt was staggering. I solemnly walked to my bedroom, closed the door, and cried.

I profusely apologized to my family, begging their forgiveness. Thankfully, they accepted. Once the viral videos resumed, I approached being an influencer from an entirely different perspective, one that was grounded and healthy. I had to control my dopamine balance and always put my family first. They are far more important to me than my millions of followers.

So, there you have it: my confession. I am a recovered “TikTokaholic.”

Being an influencer has the potential to be addictive and destructive. Mine is a cautionary tale—but at least I can say I safely made it to the other side with my sanity and family intact.

Brian Boxer Wachler is an ophthalmologist and author of Influenced: The Impact of Social Media on Our Perception. 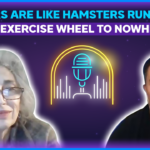 The merry-go-round of rounding 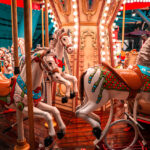