After a couple of hours of back and forth, I can finally complete an oxygen assessment on a patient ready to be discharged home. The conversation had concluded on a somewhat sarcastic note. I was left feeling guilty of having almost coerced someone to stay beyond their designated duty hours to attain a desirable outcome for a patient. While this was not entirely true, the encounter had brought forth a host of details to be unpacked.

It was not the differing work ethic. And it was certainly not the diverging responsibilities that each of us was held accountable for. But it was the failure of the health care team in helping the patient in a timely manner, who, quite frankly, could have been a family member to either of us! And so, it makes one think, are we departing from the concept of the patient-centered care model?

It isn’t all wrong that what we do for a living eventually becomes mundane and ubiquitous, but it almost certainly removes us from the goal of health care and compassion. Is this why, in academic medicine, hospitalists must prove their worth and credentials before furnishing an “acceptable consult”?

No one in their right mind would attempt to play dodgeball with a live and breathing human without declaring it downright barbaric, and yet emergency department physicians find it so hard to “assign” a justifiable admission team.

Clinicians, myself included, find it quite easy to blame leadership, which more often than not is a part of a larger cooperation, and label all attempts at “meeting metrics” as an approach to reclaim revenue. While on the other hand, in the race of beating our 30-day readmission rates and length of stay metrics, clinicians and other ancillary support fail to deliver effective, efficient, patient-centered and timely care, which have long been the goals of these quality metrics.

It is almost indignity to reduce patients admitted to the hospital and their respective pathologies to sheer “volume,” “flux,” and “an inflated list” just to be put off being followed in an outpatient setting by specialty services. The waitlist for such appointments is usually stretched quite far out. Not to forget that scheduling such appointments fall in the laps of clinicians due to inadequate availability of scheduling secretaries. Yet another crack through which modern academic medicine falls to its unanticipated fate.

Expounding onto the intricacies of this dilemma unfolds myriad notions. Of these, burnout, pay gaps and staff shortages stand out profoundly.

Physician burnout has long been discussed, debated, and put to rest. And this rest, by no means, is a peaceful one. We are reminded of it ever so often. But ever wonder why it is so hard to reignite altruism when it has been burnt out completely with no glimmer of hope left whatsoever?

Setting up an organization and creating a network of individuals who are then expected to work as a team toward a common noble cause is a virtuous attempt. But does it not make us wonder how to keep the morale of the team afresh and provide them with tools rather than asking for measures to be achieved?

History comes to a full circle as I think of Charles Dickens’s Hard Times, written as a satire during the industrial revolution of the 19th century, elucidating the preoccupation of the people of those times with facts and figures and statistics while paying little to no heed to lived experiences of real humans. 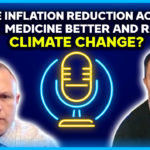 Speak up for safety in health care