If you are considering accepting an academic appointment, you need to be cognizant of the special issues involved in contracts in academia. You must know these things before signing an academic physician employment agreement.

An academic physician employment agreement is usually light on provisions.

I have seen academic physician employment agreements containing only two pages of text. The agreement basically just provided what department the physician would be assigned to, the academic position, and salary.

This has caused confusion with some physicians, and I have had physicians present what they thought was a letter of intent to me with the idea that I would review the “final contract.” I had to tell the physician that that slim document they had already signed was the final contract.

An academic physician employment agreement should reflect your experience.

Although it is not usually an issue, I have seen academic physician employment agreements that were either silent on the academic title or provided an inappropriate title. The title is much more than an honorific. Most institutions have separate pay scales for each level of faculty.

If you are more than three years out of training, it would be reasonable to request a title of associate professor.

Each level of faculty has a range of salaries.

Frequently a physician is told that the compensation offered is “fixed” for that rank. This is rarely true. Most institutions have a range of salary for each level of faculty. The first offer is likely to be at the bottom of that range, and there usually is flexibility in increasing the salary.

There usually is flexibility in the signing bonus.

Physicians considering an academic position are frequently told that this is a standard pay package. Although that statement is accurate to the extent that there are fixed pay ranges for each level of faculty, most departments have money in the budget that can be used to increase the offered signing bonus.

In addition, many institutions have the flexibility to pay a signing bonus shortly after the execution of the agreement. Most academic institutions prefer to avoid paying a signing bonus upon execution of the agreement because doing so frequently requires another document. That document, a promissory note, is typically only three pages or so. A promissory note is a standard document that their legal department can generate with little effort if asked to do so.

Academic physicians typically earn significantly less than their brethren in private practice or those employed by non-academic hospitals, so the amount of time away from patients is an important benefit that should be aggressively negotiated. This is one of the major benefits of academic medicine, so the physician should maximize this “free” time.

As noted above, academic physicians typically earn significantly less than physicians in other clinical settings. Unfortunately, I have seen physician employment agreements with academic institutions that are clearly a strictly clinical position. The physician had no academic title, few administrative hours, and an academic pay scale.

I view a contract such as this as taking advantage of the name of the institution to unfairly penalize the physician. As noted above, the trade-off for lower compensation in an academic physician employment agreement is generally the additional time given for research, teaching, and administrative duties. If you are expected to grind out 36 (or more) patient contact hours in a week, then let’s not pretend that you have an academic position.

You should be paid commensurate with what other physicians in your position are earning – not what a physician with less clinical responsibilities is willing to accept in return for the ability to spend time teaching and performing research.

Academic appointments can provide decent benefits and the opportunity to conduct innovative research in your field. If teaching and research are important to you, an academic position might be rewarding. When looking at moving to academia, however, physicians should protect themselves and make sure they are treated fairly.

How you're being tricked into buying lotions, potions, and wrinkle cream 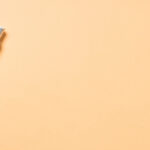 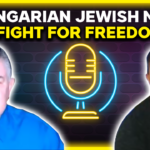