It took me years to fully realize what a unique residency program I had enjoyed in my one-year general surgical training in Honolulu.

Early in this residency, we had state-mandated education in leprosy. All the new doctors had to visit the Hawaiian leper colony on the island of Molokai for the tutorial and to see people with the disease. We learned that leprosy, also called Hansen’s disease, had been curable with antibiotics since 1940, and that all the people living on Molokai were cured but had many facial and body deformities and preferred to live with people like themselves, and they were supported by the State of Hawaii. After spending most of the day on Molokai, we were relieved to learn that leprosy was not very contagious.

Contrary to common thinking that a great residency program had to be at a large teaching hospital, the integrated surgical program was better because there were fewer residents, so you were not lost in a crowd of medical students, interns and residents. In this residency program in small hospitals with many good surgeons, who were very attentive with one-on-one instruction to the young interns and residents, I had the opportunity to see the many different ways that skilled surgeons operated.

We also saw and enjoyed listening to the singing doctors! We are taught to limit talking in the operating room because of the danger of microscopic contamination of open wounds by small amounts of saliva, but these doctors faced away from the operative sites as they sang.

One Hawaiian doctor, well known for his good voice, was cheered on by the nurses and anyone else close enough to hear him as he would sing an old Hawaiian song in a beautiful, loud voice while finishing an operation and suturing the wound. At another time in Kuakini Hospital, there was an ob-gyn doctor of Japanese descent who would also sing at the end of his operations. This last doctor was also the happiest doctor I have ever met. He was not a youngster but had a wonderful following of patients and was loved by the entire hospital staff. And he had a very nice singing voice. Today this would be considered dangerous.

Telemedicine is not medicine 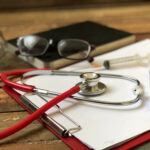 I wanted to care for people, so I became a direct primary care doctor [PODCAST] 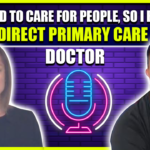