An excerpt from Absent-Father Syndrome: Overcoming the Trauma of a Fatherless Childhood.

“I’ve sat face to face in front of many adults who were crying their eyes out,” says Rachel Norman, founder of A Mother Far from Home. “They needed healing tools and positive coping mechanisms. They had low self-worth, nonexistent boundaries, and a negative view of themselves. For many of these people, the current issues that brought them into counseling were symptoms of a larger and deeper issue, and it was rooted in a parent being ‘present-yet- absent.'”

Norman cites problems if a child never gets praised or doesn’t feel accepted. She explains that they’ll feel lonely, even in a house full of people.”

Examples of present-but-absent parents might be those who never say “I love you”; parents who are around but unapproachable; parents who are always busy watching TV, working, or using a screen; parents who shun physical affection; and parents going through prolonged stress who are unable to engage.

These behaviors indicate to the child they are not worth their parents’ time. Most often, parents do not consciously think this, but children’s intuition picks up on their parents’ moods and feelings. Parents should help shelter and protect their children from problems in the world until they are mature enough to understand some of the issues and responsibly handle them.

“If a parent is present but absent in their nurturing duties, the child will feel rejected regularly. And if it’s within the home, it’s an inescapable feeling,” says Norman.

Such rejected children make them crave attention and affirmation. Without attention, quality time, and kind words, children won’t develop a healthy sense of self-worth and believe that they are not good enough—not smart, attractive, worthwhile, or lovable. Some children take the opposite stance in reaction to the lack of attention—becoming overly confident, arrogant, and even aggressive to cover their painful feelings.

I was longing to see the cheerful, sunny, elated side of my father that never appeared. My father’s relationships with his friends were a mixed bag of emotions. His younger brother was very much dependent on my father’s emotional support. I do not remember ever being close to my father or sitting by his side.

The negativity I feel toward my father bothers me, and I am afraid that it will impact my children. I have started to question myself. Where do I want to go with this? Should I dig deeper? Put the backpack and hiking shoes on and wade into the deep forest of my past? These are the questions I try to answer to create a peaceful ending to my story.

My father’s struggle to exist as a father after getting married was evident. But at the same time, the birth of his children changed his world forever. His march towards success through hard work, unmatched anger, and repression prevented him from rising out of his poverty mindset, even though he was better off than many of his relatives and friends.

He always wanted to have some signs of poverty showing off in his life. In the house, he had his signature sofa set, which was torn and unsteady. He was in love with his sofa and kept it even in his last days. I think the reason for this probably was that it reminded him that he was poor—it was a comforting feeling for him, which he carried to the end. I could not fathom why he was so comfortable being poor. He used poverty as a security blanket for decades. Now I know poverty is a mindset, and my father probably believed that rich people were filthy (filthy rich!)—he called them “stinking rich,” hinting at the fact that wealth was not for good people.

A book editor once told me to keep digging deeper in my memories, as memories have a lot of power. And more and more memories will resurface as I keep writing. This advice has proven prophetic. I realized that I could not form an intimate relationship with my dad, which has hurt me subconsciously.

My father’s relationship with his father also drifted from love to hate. My father was kicked out of the house when he was an unmarried bachelor. He was scared to become rich—scarcity was his comfort zone; poverty was his mindset. However, this was incredibly destructive because it put him in the role of a helpless victim. His mindset tempted him to sit back as a spectator to his destiny.

Morarji Peesay is a neonatologist and author of Absent-Father Syndrome: Overcoming the Trauma of a Fatherless Childhood.

On my hard days, my patients are my heroes

It's not brain surgery: People with Parkinson's need better care in the hospital 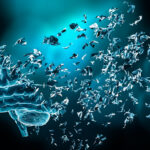