I was sitting in front of a panel of six people for my psychiatry training interview in Wellington, New Zealand. Two community members, two psychiatry consultants, and a senior psychiatry registrar, all of which were of Caucasian ethnicity.

I can recall talking about cultural differences in my upbringing and how that has helped me to connect to some of the most vulnerable people in our community. Samoan culture is adherently based on the relational self rather than the secular or individualized self. I was unprepared for the two subsequent questions that followed. “What is it to be Samoan? What is it to be a minority?”

I could feel the tension rising as I panicked to answer. I certainly wasn’t expecting a psychiatric evaluation of my identity, so I responded honestly. “I’m a child of two worlds. I’m half Samoan and half Scottish, and grew up in New Zealand. I don’t know what it is like to be either, but I am both. To answer your question, to be Samoan is to struggle, and to be Samoan is to overcome that adversity. It’s a struggle because we don’t get taken seriously in academia; it’s a struggle to be considered the same or equal to others with the same qualifications. In medical school, I can recall being harassed by fellow medical students about why I deserved to be there despite having multiple degrees and a higher GPA. All too common situations like these make us feel we must perform to a much higher standard just to be considered the same or worthy of being in the same place as others.”

On the flight home, I remember thinking it didn’t go well and beating myself up about every question other than the one eating at me inside. Do they ask these types of questions to everyone?

A week later, I received a congratulatory phone call highlighting my acceptance into the psychiatry training program. It wasn’t until a little while after that I discovered I was declined my training placement.

Without my knowledge, my supervising consultants asked why the RANZCP representatives declined my position. Their answer: “We were not impressed with his answer to a set of questions.” On further probing, they relented and said they didn’t like the answer to “the question,” stating that I was angry and didn’t know who I was as a person. This launched a back-and-forth centered around the inherent racism represented by the college representatives. I came to find out that they didn’t ask anyone else who was interviewed about their ethnicity, gender, or type of socks they were wearing, and thus formed the basis of the argument to train me in psychiatry.

My consultants were aware of the unfair questions posed to clinicians of different ethnicities seeking fellowship. There had been a handful of African psychiatrists trained in the U.K. who were asked similar questions and declined positions due to questions about their race.

Such questions highlight an evident lack of understanding of what others go through in life and a lack of knowledge of their own biases and racism. Psychiatrists should be mindful of how prejudice and racism impact their decision-making.

I can recall countless times when Polynesian consultants were not even considered the doctor in the room. While some would look defeated, others would speak up. I recall routinely being rostered for double the amount of extra after-hours duties compared to everyone else despite being paid the same.

Despite all this, we still have exceptional Polynesian clinicians who overcome adversity. Some would ask, why persist? I suspect it comes down to an archetypal relational understanding of their “why.”

I can recall a moment when an elderly Samoan man working as security in a busy emergency department grabbed me by the arm as I walked by. He said, “It’s so good to see someone like us doing the work you do,” and had a look of sincerity and hope in his eyes.

I will forever cherish this moment as it reminds me of why I persist in medicine. I was doing it for them — people like this man who looked like he could be a distant relative. I knew that if other clinicians were willing to treat me poorly based on my ethnicity, how would I expect those clinicians to treat my people with respect and dignity? I can’t.

This is the burden that Pacific and Maori clinicians often feel indebted to carry. This sense of duty can lead to increased rates of burnout, mental health issues, relationship breakdowns, and helplessness that often present as a lack of career progression and attainment. We are so focused on trying to make up for the shortfalls of a racist system that we don’t have the time for much else.

So what do we do about it?

We can have dedicated plans by health organizations to address institutional racism. We can call it what it is: racism. And we address its factors.

There’s medical students’ lived experience. Otago University has a great program to place medical students with Maori and Pacific families for up to a week. I suspect this needs to be longer.

There’s continued professional community engagement and work throughout the life of the health practitioner.

To those supervisors who supported and advocated for me, thank you. It shows that despite this topic often making you feel isolated, you only have to surround yourself with the right people to address these issues head-on.

Jamie Ioane is a general practitioner in New Zealand.

Making it work when you're married to a medical student 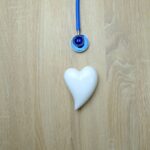 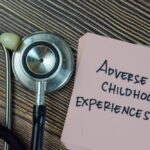