I had a fairytale courtship, engagement, and wedding to my Prince Charming. We came home, starry-eyed, ready to start our forever together. Within weeks, I began to struggle. Always an extrovert, suddenly going to my family medicine rotation took extraordinary effort. I began to worry about my every word and action. Some days, I said nothing — unsure whether I could form a coherent sentence. I decided to take time off from medical school to “get my head right.”

My new husband was supportive, encouraging me to figure out what I wanted and needed. Unfortunately, time alone to sit and think was harmful rather than helpful. I would sit cross-legged on the couch in a dark apartment, my thoughts spinning out of control. Anxious thoughts consumed me to the point that I could not make even the smallest decisions, such as what to eat. I lost 25 pounds in three months.

Things got worse. I was paralyzed by anxiety. I called out to God, but He was silent. I would try to pray, but my prayers bounced off the ceiling, and I would start crying again. Certain Bible verses would give me brief flares of hope that were quickly snuffed out by the darkness. My husband would come home and hold me for hours every night while I cried. He was desperate to fix it but didn’t know what to do. We were both blindsided and helpless in the face of this nameless monster that invaded our home and stole our newlywed bliss.

This monster’s name is “major depression.” It happens to successful people, to educated people, to doctors, and to Christians. As a medical student, I wasn’t unfamiliar with the diagnosis. Even so, we didn’t recognize it when it showed up on our doorstep.

One day, my husband needed a break and decided to go hunting. He didn’t know that thoughts of suicide had begun to consume me as the only way out of the madness I was living in.

All morning I was sobbing, thinking of how and when to kill myself. I had decided that there would be no false attempts and no cries for help; when I was ready, I would just do it. The only thing that kept me from completing suicide that morning was my love for my husband. I truly believed everyone would be better off if I were dead.

But I could only think of how broken and emotionally scarred my husband would be to come home from his first day off to a dead wife in months. I imagined his future: a widower whose wife had died by suicide just months after marrying him.

Would he blame himself? Probably. Would he ever be able to trust again? Probably not.

I had a breakfast date that morning with a friend named Steve. I showered for the first time in days and met him at the restaurant. He took one look at me and knew something was desperately wrong. He asked the right questions and discovered just how dangerous the situation was. He called the psych ER, but I lied and said I wasn’t suicidal.

Nevertheless, he refused to take me home until he could be sure I was safe.

It took nine months of scripture, medication, and professional counseling to come through my first major depressive episode. I was destined to walk through two more similarly frightening episodes before I received the correct diagnosis, medication, and counseling that allowed me to return to emotional health and wellness.

How has it changed me?

It has made me a better physician. One thing to know about depression is that it’s completely different to walk through it. It sneaks up on you and darkens your internal world such that you can’t see or even imagine a way out. Others try to help, but depression keeps you helpless and stuck. As an emergency physician, I routinely see patients who are depressed and suicidal. My mantra in the ED is, “There go I, but for the grace of God.”

Only by God’s grace, I survived medical school and residency and can now serve my patients when they are hurting and vulnerable.

It has made me a better human. I remember the Henry David Thoreau quote, “Each man [and woman] has his secret sorrows of which the world knows not. Oftentimes we call a man’ cold’ when he is really sad.”

I remember the pastor’s face as he literally took a step backward when he saw the emptiness in my eyes. I remember how painful it was to think about the future because all I saw was barren wilderness and desperate sadness. I now consciously move toward those who are hurting and try to “lean in” when others would shy away. I have been humbled by my diagnosis and still submit to regular check-ups and daily medication, so I can lead a healthy life.

How has it changed my understanding of God?

My faith was strong before these struggles, but there is a big difference between faith that grows during easy times and faith that remains after everything has been stripped away. Trials have a way of burning out every impurity and weakness, such that what remains is the real deal.

I now know viscerally, bone-deep, that God is with me and will never leave or forsake me. I have walked through the valley of the shadow of death three times, and He has both been with me and brought me through. I have confidence that He will be forever faithful in the future, even if.

This chorus was a lifeline to me when I believed my life was no longer worth living and was paralyzed by fear. These words are just as beautiful and true today.

26 hours in a day: the impossible math and timing of providing quality care

A personal mission to get obese patients on GLP-1 agonists 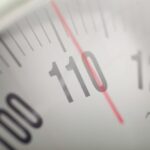