This essay is inspired in part by my recent encounter with a scientist at NASA’s Jet Propulsion Laboratory (JPL). For starters, the National Aeronautics and Space Administration — or NASA for short — is an agency of the U.S. government responsible for America’s space program and aeronautics research. JPL, NASA’s research and development center located in Pasadena, California, produces spacecraft called rovers used in extra-planetary explorations.

It turns out that this man who leads a team of rocket scientists converses in English. He was not born in the U.S., and I couldn’t place his accent either. But I suspect that, more than likely, he may have emigrated to the U.S. at some point past his formative years. Yet, despite this shortcoming, he rose to the pinnacle of his career. We will get to that a little later.

Artemis is NASA’s lunar space exploration program. The program is named after the daughter of the sky god and king of gods Zeus and Leto. The god Apollo, the eponymously titled Apollo 11, the space program that put the first human and an American astronaut, Neil Armstrong, on the moon on July 16, 1969, was named after, is the twin sister in Greek mythology.

NASA’s Artemis comprises three separate parts joined together. The Space Launch System (SLS) is the rocket system that starts the journey. The Orion crew capsule was designed to separate from the rocket to begin its ascent into lunar orbit. Lastly, a lander will ferry astronauts down to the moon’s surface from lunar orbit. The program’s goal is to pave the way for future space exploration. Using the moon as a base, NASA will build the infrastructures needed to pursue the next frontiers, which would be a trip to Mars.

As a physician, I have been curious about medical therapeutic possibilities from space exploration. In the mid-2000s, NASA researchers developed a chemical reagent that can detect the shingle virus in saliva quickly and easily. This helps to detect the virus before it’s serious.

But by far, one of the most revolutionary NASA-inspired inventions is called neuroArm, the world’s first robot capable of performing surgery inside magnetic resonance machines. This robot mimics the robotic arm developed for extravehicular activities in the now-retired U.S. space shuttles. The delicate touch successfully removed an egg-shaped tumor from a patient’s brain. Fascinating, right?

Asked if the total budget of $93B for the Artemis program — an amount more than the combined annual budget of many countries put together — is a great way to appropriate resources, one top NASA executive had this to say: “We feel that this stands as a symbol of the insatiable curiosity of all mankind to explore the unknown.”

My take is that it’s hard to justify the cost of space exploration versus the benefit in a world where millions are dying of hunger and starvation. But it inspires humans to dream about the impossible and go for it. The importance of that cannot be quantified in dollar terms.

I love NASA and am highly fascinated by the American space program. The incredible science behind it and the ingenuity of men pushing the frontiers of science never ceased to amaze me. But the man regarded as the father of American space travel was a German, though he later became a naturalized American.

Wernher von Braun was a member of Hitler’s Nazi Party and as well as the leading figure in the development of rocket technology in Nazi Germany. He helped develop the V-2 rocket used during the world war. After the war, he was secretly moved to the United States, along with about 1,600 other German scientists, engineers, and technicians, as part of an operation code-named “Paper clip.”

In 1960, his group was assimilated into NASA, where he later served as director of the Marshall Space Flight Center and was the chief architect of the Saturn V rocket that propelled the Apollo spacecraft. The Apollo 11 expedition was what handed the U.S. victory over the Soviets during the space war.

If there is anything America is known for, it’s a magnet for global talents. To ensure that America is first in innovation, the U.S. Congress created the H-1B Visa program in 1990. Sixty-five thousand new visas are issued every year, with an additional 20,000 available to workers with a U.S. master’s degree or higher.

The work-focused visa was introduced to allow companies in the U.S. to hire high-skilled workers and has played a crucial role in driving innovation and business growth in the United States for the past three decades.

Laurie Leshin, a highly accomplished woman and geochemistry and planetary science professor, has been JPL Director since May 16, 2022. She left her job as the 16th President of Worcester Polytechnic Institute to join NASA. Her former position at Worcester is now occupied by a Nigerian-American, Wole Soboyejo, a material scientist whose professional career took him to the hallowed grounds of MIT and Princeton.

So many ills may bedevil America, but she celebrates excellence in every hue and color. Here is one nation that continues to be the melting pot for talents from all over the world.

Bridging the gap between art and science for better health 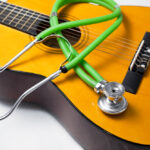