An excerpt from Balance, Pedal, Breathe: A Journey Through Medical School.

What I loved about radiology was the magic. Invisible beams revealed mysteries no one could see on the surface of a person. Each of us harbors a secret life. This might be a simple quirk of anatomy: a liver lobe that lies a bit askew, a blood vessel many people do without. A window into our bodies might reveal peculiarities, clues to our lives: old fractures, surgical clips, dental fillings, the absence of an appendix. You can see these things on X-ray images, and it is as astonishing as animals that can talk. You can look at the black shadows on a plastic film and know something of a person’s history. You might find the silent first blush of disease and read his fate. All without wielding a scalpel.

Perhaps I also loved the familiarity of these images. I was very young the first time I kneeled on my father’s desk chair and tried to copy a skeleton onto a small notepad inscribed with his name. I learned to say “radiologist” when I was no more than five, around the same time I learned the word “physician.” Those films were part of the symbols that made up the milieu of my father in my early life: cigars, a Degas print of ballet dancers, his bushy black beard, seafoam-green hospital scrubs, and glowing white ribcages stuck to a lightbox. He looked inside and saw things no one else could see. He spoke long words into a microphone on his desk, in a serious tone of voice, and I always had the sense that something significant was happening.

I expected to be good at radiology the way I inherited my father’s big hands and feet, curly hair, and stubbornness. Growing up, whenever I spotted a bird or spied Dad’s lost keys in an unlikely place, he complimented my “good eyes” and suggested I “ought to be a radiologist.” He did this in an offhanded manner, infrequently, and I had never consciously entertained following in his footsteps. But when my eyes faltered and I needed reading glasses, I felt a twinge of loss: so much for the perfect vision that had linked me to his hopes.

My father also taught me that I had a sense of direction. In an act of daring, he had once led us on a hike that involved a half-mile of walking off-trail along a crest to find a different trail back down. The bravado had less to do with the danger of getting lost and more to do with convincing my mother that this was a good idea. She had a healthy respect for the dangers of traversing unsanctioned, potentially precarious terrain with two children. We, of course, found it exciting. We tried to match the landscape to the hints he gave us. There would be a field, first, then a sloping traverse, and finally a gentle downhill around a sharp peak. What I learned from this strategy of my father’s, more than the desire to set out without compass or map, was simply the assumption that I could find my way if I needed to.

Which, I realized as a student of radiology, might have been a mistake.

By far the hardest for me to understand, ultrasound offered none of the ready topographical landmarks I could find on CT. A beam of high-frequency sound waves passes easily through fluid and reflects off internal organs and other structures in different ways; the result is a whitish line at the interfaces between areas of varying density. The depth and direction of the beam varies moment to moment, subject to the whim of the examiner. Figuring out what the images represented took all my concentration—and even then, I was often completely wrong.

The most enchanting use of ultrasonography is in pregnancy, when a fetus is small enough to appear as recognizable images. During my obstetrics rotation, I sat alongside the radiologist with bated breath. At first the screen was a blur of grays and black. Then a hint of layers, sketched onto the monitor, swirling and changing direction. A white oval appeared tentatively, faded, and grew. We all watched as a measurement was taken, awaiting the sweep of our window down toward a body, hands, heart, and feet. The beautiful symmetry of the spine came into view: delicate and precisely aligned in these dark waters. We could see the curve of her ribs, a flutter at the beating of her tiny heart. We focused in, changed angle, saw four chambers flaunting their synchronicity. Her abdomen was measured, then her femur. Feet popped into view, and the doctor adjusted the angle of the beam, catching them both on still-frame, ten toes in mid-womb. Last, we went back to the face, imagined her finer features but knew—could see!—the structures behind them, a nose now, and parting lips. A hand waved into view, aimed for her mouth. Then she moved, and we lost our magical view into her underwater world.

The doctor once offered me a chance to try to look around with the wand, and I accepted, wide-eyed and hopeful. I asked the tiny tadpole’s parents if I might, and they consented, eyes glued to the monitor. And what could I show them? I was in my third year of medical school, my seventh day of obstetrics and gynecology, and I had never held this rectangular instrument in my hand before. But I bravely smeared gel all over the mother’s abdomen in the process of trying. In a flash of luck, I saw the head with its thalami and ventricles. Then the fish-child swam away, knowing, I think, that I had little hope of catching her. I glimpsed what might have been a cross-section of her abdomen, part of a femur, the corner of her placenta. She knew her way around the amniotic sea—and I kept missing her, bumping the beam blindly up against the uterine wall. But there! I saw her ribs again, like an otherworldly birdcage, bending with practice breaths, trying them out.

Claire Unis is a pediatrician and author of Balance, Pedal, Breathe: A Journey Through Medical School.

Racism in nursing: a story 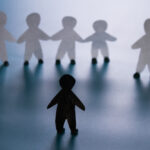 How to stay off my operating table 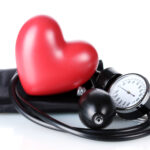