One morning, I was sitting in resident lecture. This time was supposedly protected, but we realized fairly quickly that the work still had to be done, and “I had lecture” never really worked out well as an explanation.

By this time in the week, I had already worked 80 hours, and the luxury of sitting down for an hour in a row was the main upside to the lecture. I kept nodding off for longer and longer periods. As my co-resident droned on about gall bladder anatomy, I realized I could just abandon all pretext and put my head down on the desk or step outside to make the doctor’s appointment I needed for the past month. I decided on the latter.

I quietly got up and made my way to the back auditorium stairs to make my exit slightly less disturbing. Exhausted and distracted, I missed the last step and rolled my ankle. I tried to recover and managed to roll it the other way before falling to the floor. I lay there for a moment, unnoticed by everyone, then slowly got to my feet. I did not call out for help. I hopped out of the room on one foot and over to a chair outside the room to elevate the foot.

One of my med students was passing to go back into the room from the bathroom, so I sent him for some ice. I reached into my pocket and took out my med bottle, which always had copious amounts of ibuprofen, Excedrin and my migraine medicine. This was always on my person, as there was simply never time to return to my locker to retrieve such essential medications. I took 800 mg of ibuprofen (in addition to the 800 mg I took every morning prophylactically) while scrolling through the messages from my surgery service.

Within five minutes, I had taken an NSAID, iced and elevated my ankle, and I was still working. I patted myself on the back for being a smart, focused and tough doctor. Several minutes later, I checked my ankle and realized that it was already quite purple and swollen. Guilt and dread filled me, not because I was injured but because I had to disrupt the carefully crafted process of the day.

The lecture finished, and I told my senior I had to go to employee health. She was perfectly pleasant about it, more than likely because two of our attendings were out of town, and we had a lighter load that day.

I then walked/hobbled/hopped across the whole hospital by myself. As I waited in employee health to be seen, I called floor nurses to follow up on patients, checked labs and vitals on my phone and returned pages. The X-ray said no fracture, so they wrapped my ankle and gave me a walking boot. One of the ortho attendings had taken a look at my ankle and the X-rays and pronounced I had a severe bi-malleolar sprain.

It would heal, but it would take several weeks and may never be the same. It would be better, he said, if I had broken it. I spent the rest of the day with my foot elevated in the corner of the resident lounge while I did all of the intern floor work and left somewhere around 6 p.m. I happened to have the weekend off, so I spent two days going from bed to the couch in the morning and then back at night.

In bed, I could not tolerate even the weight of a sheet on my foot, which wreaked havoc with my sleep. I went back to work on Monday with a knee scooter instead of crutches. I maintain to this day that crutches are instruments of torture and not medical devices. By now, everyone realized I could not operate. In practice, I was in charge of all floor work and clinics. I zipped around between the floors and clinics for 14-16 hours a day, exhausted and in pain, for a week with no complaint.

Toward the end of the week, I had calf pain on the affected side. My co-resident and I decided that, of course, I did not have a DVT, as I was young and healthy. It was more likely it was just muscular. We could have gone to the US and taken a look, but that would take time neither of us had; he had to go to OR, and I had several tasks to accomplish before I went to the clinic I was already late for. Two days later, as I was post-op checking my patient, I realized I am tachypneic and tachycardic.

I use one of the floor vitals machines and note the 02 sat of 90 percent with HR 125. Ah, hell, I’m having a PE. I then finished my post-op checks before proceeding down to the ICU, where I told the attending I had a PE. She agreed, and for fun, she decided to stress-test me.

At rest HR 120 with O2 sat 90 percent. I then took a lap around the unit, and results were HR 145, and O2 sat 85. We sent a resident down to secure me an ER bed (there are perks to connections, after all), and I proceeded to be pushed to my ER bed in a wheelchair.

CT, ultrasound, and Echo were done: significant pulmonary emboli in 3 out of 5 lung lobes, DVTs in all of the major veins of both legs, and paradoxical septal motion of the interventricular septum with right heart strain. I nonchalantly texted my seniors and told them what was going on, and told them that I would continue to hold the call pager and return pages until my shift ended at 5 p.m., but they would need to come to ED to get signed out then.

Of course, they insisted that was unnecessary, and they would be down to collect the pager when they had a moment. This roughly translates to: You absolutely should not have to do that, but you and I both know “when I have a moment” could be in three hours. And I did exactly what I said I would: manned the pager and followed up on my patients until someone showed up to take it away from me.

I was in the hospital on a heparin drip for almost a week, and my prevailing emotion was not fear or discomfort for my medical condition but shame for not being at work. I was well aware this was irrational, and certainly, no one implied or said that I should feel that way. Yet I still felt it.

My vascular surgeon, with whom I had done several rotations, looked me in the eye and said, “If I see you back working in this hospital in the next three weeks, I will kick your ass.” He knew, having grown up in the same system I did, that my default would be shame and guilt, which would drive me back to work too early. This is just one example of the current culture of medicine, and it is literally killing us. 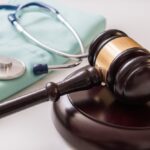 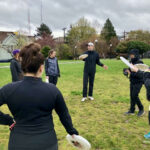