“If both of you are the same, then one of you is unnecessary.”

That’s one of my brother-in-law’s favorite quotes, and I think it’s applicable to the ongoing debate for physicians to be called “physicians” instead of “providers.”

When you think about what’s been happening in health care, physicians, physician assistants, and nurse practitioners are advertised as equivalent.

How is this equivalence being promoted? By lumping us all into the same category called “provider.”

By doing this, health systems and the public start to assume we are all the same. It would be equivalent to stripping nurses of their title and creating a completely new name that groups and equates nurses and medical assistants.

This would never happen, so why is it OK to strip physicians of their titles?

From a health systems’ perspective, they start to ask, if everyone is the same, why are we paying some providers more than others? Specifically, they ask why they are paying physicians more than their nurse practitioners and physician assistants.

Physicians are paid more because physicians cost more than physician assistants and nurse practitioners. Why is that? Because physicians spend more years training, we’re required to care for all patients regardless of how complex they are, our debt burden is higher, and physicians take on a greater risk burden of liability.

But once health systems convince everyone that we are all the same by refusing to call us physicians, one of us becomes unnecessary.

The answer is we have become devalued by being called providers.

As a physician, I absolutely believe in our value and contribution to patients and the health care system. I also find it interesting that even though certain entities try to paint us as equivalent, the 7+ years of training we’re required to complete has not been made equivalent.

I’ve also noticed a disturbing trend that when physicians do speak up and request to be called “physicians,” we are often met with strange looks and eye-rolling. We’re told it doesn’t matter what we’re called. We’re told we all work together as a team, so we shouldn’t try to distinguish ourselves. We’re made to feel that asking to be called by the name we have spent years earning is ridiculous. We’re told that by asking to be called physicians, we are disrespecting the knowledge and skill of NPs and PAs.

There’s a word for this behavior, and it’s called gaslighting.

Nothing is wrong with a physician requesting to be called “physician” by their health system. One common thing I hear is, “If we don’t call everyone providers, what will we call them?”

Physicians did not graduate with provider degrees.

Provider is a completely made-up term designed to devalue and disrespect the knowledge and authority of physicians.

It’s not easy to fight back against gaslighting. When you raise this issue at your workplace, you will definitely be told (by some physicians as well) that it doesn’t matter what we are called.

Do not be fooled. We are physicians, not providers. We did not go to provider school. Our degrees are not the same as non-physicians.

Continuing to call physicians by our earned name is absolutely necessary.

Trina E. Dorrah is an internal medicine physician and the author of Physician’s Guide to Surviving CGCAHPS & HCAHPS. She can be reached at Dr Trina Dorrah Life Coaching. 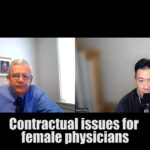 Physicians did not go to provider school
19 comments