“Why?” I said out loud to my attending.

“He left with his IVs in …” said his nurse in disbelief.

An hour earlier, before rounds, I sat down with Mr. S to talk about his anxiety attack.

Ten years ago, he was shot ten times in the chest, which left him with PTSD and depression. Not long after, he started having unprovoked panic attacks. What started as once or twice a day became three to six every day over the next several years.

They got significantly longer in duration after his father was diagnosed with stage 4 pancreatic cancer. Now, he is his father’s only caregiver, and the stress of making sure he gets the right care has left him with more severe depression and anxiety.

“I used to take medications for my depression; I stopped seeing my psychiatrist and never got new prescriptions.”

“Would you like to see a psychiatrist while you’re here?” I asked.

“The hospital just hired one, and she is one of the best. I highly recommend her.”

In my mind, I wanted to do so much for Mr. S. Consult psychiatry, and maybe he can be started on a medication for his depression and panic attacks. I wanted to treat his diabetes since he hasn’t seen his PCP in a few years. I saw he had high blood pressure but only took lisinopril. I wanted to help him get his blood pressure better controlled and plug him in with a good PCP.

In my mind, I was ready to offer all of my thoughts and gameplan to my attending … to find out the moment we arrived at his room that he had left AMA.

We never found out why he left, but I sat down later in the day and wrote his AMA discharge summary. I refilled his lone lisinopril on his med list to his local Walgreens but didn’t do much else.

Patients leaving AMA happens more often than we would like it to. As doctors, we do everything we can to educate patients on the risks of going before the primary care team completes medical workup and determines the patient is safe for discharge.

Though, like for Mr. S, leaving AMA happened suddenly without being seen. I hope he finds the care he needs. I still, from time to time, think about how he’s doing.

If a program doesn't care for fellows, could a union? 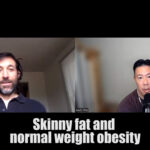