More than two months after he died, his name still adorned the whiteboard of the hospital room he inhabited. As I stood there and gazed, recalling the memories he left me with, the nurse who tended to him entered the room and started to cry. Her love for Eric, she told me, did not enable her to erase his name.

He was disheveled, non-compliant, and plagued with multiple morbidities when first admitted to the internal medicine wards in a small community hospital. My resident wanted to perform an arterial stick, a moderately painful procedure, but all the chronic smoker wanted was oxygen and a ride home.

I attempted to explain the importance of the exam, to which he responded that he needed coffee.

Unsure if doing so violated some unknown hospital policy, I proceeded to buy him a coffee, after which he agreed to the arterial stick. The 61-year-old, who appeared to be at least 75 to my untrained eyes, wasn’t interested in anything the hospital offered. He profusely thanked me, after which I promised to be back tomorrow with another coffee, hoping to perhaps get the sugar right.

And so it began … an unexpected relationship that I will forever treasure.

On one particular day, nothing different than any other, he asked me for a pen and paper. Given the sincerity in which he made the request, I was sure he wanted to write a will and promptly brought them to him. A few hours later, however, he gifted me the paper — it was a drawing of my resident and me. His eagerness to contribute drove him to create something to give.

Everything was where it was supposed to be in the beautiful world that he drew. The resident and I, both of whom he promoted to attending physicians, stood tall and proud over his bed, whereas he was nowhere to be found. In his reality, he was healthy and eloped out of the hospital, prompting us to look under the bed to see if he was hiding there. And in the room he left us in, a sign hung proudly on the wall proclaiming, “COVID-19 is over!”

“My life was a good life until my mother passed away,” he told me one day as he set out to tell me his life story. Stopping only to grab oxygen from the bi-pap mask that lay on his lap, he began describing to me what set him on a criminal path. A path in which he neglected his health, well-being, and family, ultimately leading him to his current state, sick, dying, and alone. Along the way, he burned through millions of stolen dollars and sat in prison for nearly three decades.

I was unsure as to what might be my role here: Was it to respect his overt wish and consider it his ultimate ask, or was it to dig deeper and fulfill a more profound desire, one that he could not even envision?

I asked Eric to consider the possibility that his brother was indeed interested in talking to him.

If he would not get the opportunity to reconnect with you now, I told him, he might be forced to live the remainder of his life with an unfathomable feeling of guilt. Reach out to him for his sake!” I insisted.

After repeated requests, he agreed.

With the help of Google, some phone calls, and mutual contacts, I got a hold of his brother and got straight to the point.

“Where is Eric?” He asked me. “Does he have COVID? Why is he in the hospital? What can I get him to eat? I am coming on Saturday—what are the visiting hours?”

Monday morning, when I asked Eric if his brother had come, he shook his bi-pap-covered face in the affirmative. Several bottles of cranberry juice served as evidence of his brother’s visit. He promised to continue sharing his life story with me “tomorrow” when he felt better.

At 6:00 a.m. the following morning, before I started my surgery rounds, I went to Eric’s room, where I was confronted with a fresh set of linen, a clean pillow, and a neatly folded blanket.

“Where is Eric? I asked the night-nurse standing outside, completely unprepared for what she was about to tell me.

“What! But where is he!” I asked her, hoping for some clarification.

“He’s in the morgue,” she declared.

What’s Eric doing in the morgue? I wondered. How can Eric be in the morgue? Why is he not in his bed, the place he so diligently presided over for the past two months?

He took what was not his but gave what he did not have; he did things that were “bad,” but at his core, he was so good.

And today, again: a room that was so full of courage and vitality lies clean and empty.

Eric’s brother picked up his body, burying him near their father.

As I continued looking on the whiteboard, the nurse informed me of the emotional reunion on that fateful Saturday. His brother and his daughter, Eric’s niece, spent over two hours at his bedside, hugging, kissing, and crying. Eric implored them to take him home with him, so they could connect and remain connected forever.

Menachem Gurevitz is a resident physician.

Why this doctor prefers perfectionist physicians 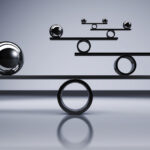 More by Menachem Gurevitz, DO

A room once full of vitality lies empty
1 comments