I am hanging up my stethoscope and exiting the ambulance bay doors for the last time. I chose emergency medicine to care for critically ill and injured patients, and I’m leaving because this has become near impossible.

I believe it imperative to share some of the reasons that I, and many like me, are leaving a field we once loved, as their ramifications will sooner or later impact you and those you love.

While I arrive at each shift as a residency-trained, board-certified emergency physician, most of my shift is spent as a podiatrist, dentist, pediatrician, urgent-care provider, nursing home doctor, mental health counselor, primary care doctor, and social worker. On those occasions when my skills are called for, employing them is challenged by the strained and overextended ED staff and resources.

Emergent patients may wait 45 minutes before they are triaged and their wildly abnormal vital signs recognized due to the three families that preceded them for well-check visits, school notes, and sniffles. These non-emergent patients are increasingly being courted, and catered to, by the corporations that own and run emergency departments. To increase emergency department profitability, you cannot simply increase the number of emergencies; you can increase the number of non-emergent visits. At some hospitals, this has progressed to the point where these (I hesitate to call them patients) customers are being actively targeted by advertisements informing them that school sports physicals, heretofore the domain of the pediatrician, can be expeditiously performed 24/7 at your local ED.

Inappropriate use of the ED combined with inadequate staffing means that many patients spend their entire, prolonged visit in the waiting room. Meanwhile, the administrators, playing their favorite game of CYA, admonish us not to violate HIPAA in the lobby while knowing full well that we have neither the rooms nor time to pull each patient back into privacy for every update. But that’s irrelevant; their goal of absolving themselves of any liability is accomplished, while they rely on us and our commitment to our Hippocratic Oaths to shoulder the increased risk and continue doing our best to serve our patients.

Apologists within my profession encourage us to embrace the new normal and appreciate the increased job security these non-emergent visits provide. This is as absurd as encouraging our nation’s fighter pilots to engage in crop-dusting and towing advertising banners in between missions for job security.

There is tremendous emphasis on patient satisfaction to attract non-emergent wallets to the ED and maximize Medicare reimbursement. The surveys utilized are only administered to patients discharged from the ED, many of whom, almost by definition, do not have emergent conditions.

Studies suggest that improved patient satisfaction scores correlate with higher costs and mortality rates. In addition, good clinical practice and what the patient truly needs often conflict with what the patient wants or expects. This places clinicians between a rock and a hard place. Leaving the patient unsatisfied (though appropriately treated) inevitably results in hearing about it from some higher-up scanning the Google reviews and feedback forms. In some cases, clinician salaries are tied to both patient satisfaction and quality clinical practice measures. In effect, physicians faced with an irate patient demanding antibiotics for a viral infection or a head CT after a minor head bump can choose to sacrifice either their satisfaction-linked salary by denying the inappropriate care or their quality metrics-linked salary by administering it. Faced with these incentives, most of us eventually give in to inappropriate patient demands to some degree to avoid the scolding e-mails and the unspoken deleterious effect they may have on our careers.

There is a reason medical organizations have long decried patient gifts as an ethical landmine while other industries have pushed tipping to unimagined levels of intrusiveness; we are medical professionals, and we are not a customer service industry. This is especially true in the emergency room. If you are uncomfortable with the idea of your doctor carrying a tip jar, you should likewise be uncomfortable with his salary being tied to patient satisfaction.

The number of emergency medicine residencies grew from 160 to 273 between 2013 and 2022. Predictions are that there will be a glut of emergency physicians by 2030. Many of these new residencies are not university affiliated and provide a substandard education. They’ve been started by corporate hospitals eager to access GME funds ($150,000 to 250,000 per resident per year), tap a source of cheap labor (residents), and ultimately flood their local markets with physicians, thus driving down their greatest cost: salaries. Those of us trained prior to the explosive growth of these programs talk amongst ourselves in disbelief at the poor training provided by these programs and the inadequacy of their graduates. However, the flooding of the market has also translated into far less career security and kneecaps physicians’ ability to protest any of these travesties. As has been seen repeatedly, the squeaky wheel gets removed. As such, when a hospital informs the EM group that they will be starting a residency, they comply or are replaced. This results in attendings who intentionally chose non-academic jobs and are thus some combination of unwilling, unskilled, or unable to teach, being tasked with training the next generation. In short, the quality of education and thus the quality of medical care is being sacrificed at the altar of corporate profit.

Emergency departments have limited staff and resources, and these are being misallocated to dangerous levels. You or a loved one will experience a life-threatening emergency at some point. Would you choose an emergency department where patients with hangnails and stubbed toes rate doctors highly for the amount of time and attention lavished upon them, or would you rather an emergency department where these non-emergencies are expeditiously dispositioned and the bulk of time and resources are allocated to individuals with true emergencies? I certainly know my answer. I can no longer be a part of the travesty that emergency medicine has become, and that is why I am leaving.

The author is an anonymous emergency physician. 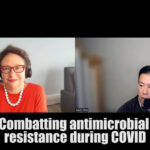 Why the Inflation Reduction Act is a win for health care 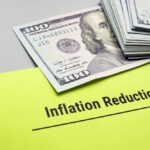