There are some moments in life that, when you look back years later, you see a pivot. The fork in the road you didn’t recognize at the time, that looking back, changed the trajectory of your life.

One of those moments in my life happened in December 2010. I was coasting along in my job as a junior partner in my anesthesia group, perfectly content to go to work, take care of my patients and go home to my family, when one day my life changed. It wasn’t anything earth-shattering or particularly traumatic. But at the time, it brought me to a fork in the road. One of the partners resigned and it happened to be the person who was responsible for much of the managerial duties and finances.

And so, I had a choice. I could continue as I was, or I could step up and volunteer to take over some of the responsibilities. As I said before, I was content. I had no leadership ambition, so I thought. I was in a place I had seen many women physicians in – focused on being the best clinician while managing a family – not really thinking about being capable of more.

I didn’t think I was capable of more responsibilities or becoming a leader. I thought of “leadership” as a title. As something others did, something I wasn’t yet ready for, and something I wasn’t even sure I was interested in because it would take precious time away from my family.

As a shy, introverted, immigrant, brown woman, I didn’t look like my perceived idea of a leader in my organization. I couldn’t really communicate well with people I wasn’t comfortable with, like the administrators and managers, and I was in an environment dominated by strong male voices. The only female leadership I saw was the occasional strong white woman surgeon who, out of necessity, cultivated an “in-your-face” attitude. And that was not me. I couldn’t advocate for myself, so how could I advocate for others?

Looking back, I see clearly how self-doubt, impostor syndrome, and self-gaslighting (all terms that I have since learned) played a big part in how I thought of myself and my leadership capabilities, and I’ve come to realize that it’s not just me. Many women physicians I’ve talked to in my subsequent career, as both a leader and as a leadership and career coach for women physicians, cite these insecurities as the main reasons they hesitate to step into leadership.

Of course, many other external and internal factors are at play, such as a health care system that is not very favorable to women physicians with young families and the burden of juggling childcare and home management. Even women physicians without kids need to prove themselves capable, much more than male physicians do, and they still experience sexism and bias in the workplace.

As someone who is passionate about empowering women physicians to step into leadership, I’ve come to realize that if it weren’t for self-doubt, many more women would be in leadership today, even with all the other obstacles we face. And yet, the one thing most women physicians don’t realize is that they’ve been leaders for years, just without formal titles. They’ve been leaders throughout childhood, college, medical school, interns, and residents. They just might not have thought of themselves that way.

When I was presented with the opportunity of becoming a leader, I had a choice: I could step back and let others take the lead, or I could step up and try. I’ll forever be grateful that I chose the latter. That I chose to temporarily hit mute on my self-doubting thoughts enough to say YES. That one decision has led to a career of leadership opportunities that I would never have received or been ready for if I didn’t take that first step. I’ve held several leadership positions at multiple organizations, including chief of the department of anesthesiology at a hospital; chair of various hospital committees; secretary, treasurer, and now vice president of the Florida Society of Anesthesiologists; and multiple committee appointments at the American Society of Anesthesiologists, and have found that I am capable.

That “Yes” has taught me many lessons, and I’m so much more than I thought I was. The soft-spoken, introverted immigrant woman who shied away from conflict and didn’t know how to communicate effectively or advocate for herself turned into a confident, soft-spoken, introverted immigrant who still doesn’t like conflict, but can handle it well, and communicate, advocate, and negotiate effectively.

That one “Yes” taught me that I had strengths I never knew existed. The strength to take the unknown and learn how to make it work. The ability to make a change. The understanding that I love the challenge of improving processes for the people I work with. Learning that I have a voice and that it’s important to be heard. Finding out that I could be a role model. I learned that I was good at building communities of support, passionate about helping others bring change into their lives, and that not only was I a great clinician, but also a great leader and coach.

When those self-doubting monsters raised their ugly heads, I could recognize them for what they were and shut them down. I learned to play whack-a-mole with those monsters and to master my mind. In doing so, I became stronger.

And so, to every woman physician reading this, if you have ever said to yourself, “I’m not a leader,” or “I’m not ready yet,” I ask you, “why?” Why do you not believe in yourself despite all the evidence to the contrary, having been in the top percent of your class, school, residency, etc., and having gone through years of grueling work? I ask you to look at your past objectively and see the evidence.

Then, if you still don’t believe in yourself, find a way to get there. Take courses, train, and get a coach. Try anything that will help you learn how to play whack-a-mole with your self-doubt and learn to manage your mind. You are a leader, and our health care system needs you to step up and believe in yourself. 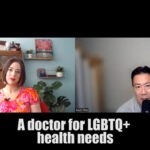 The internet broke parenting. This pediatrician can fix it. 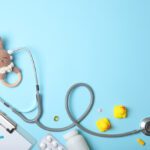 Why I did not want to become a leader, and why accidentally becoming one was the best thing that happened to me
1 comments