We knew the job would be tough but never considered how tough. Demanding jobs should be compensated accordingly, but what is the correlation between job choice, toughness, and salary? Is no job too tough as long as they pay you enough?

After residency, I narrowed my options down to two private practice positions. One was a small group practice with one office location and a higher call burden in the Midwest. The other was a larger group practice with multiple offices and a lower call burden in the Southeast. There were also significant differences in compensation. Which one did I choose? Neither was perfect, but I picked the “tougher” one in the Midwest. It was busier, with more call and a higher salary.

As my practice grew, I saw more patients, performed more surgeries, and my compensation increased.   After a few years, one of our partners relocated. We tried to replace him, but recruiting someone to our small-town practice was too challenging and costly. We continued to work harder to meet the community’s demands. The strain pushed me closer to my breakpoint, and I pursued an offer from a nearby private practice. The culture and quality of life seemed better, but the compensation would be less.

Around the same time, the local hospital offered to buy our practice. Selling the practice did not necessarily change the job’s toughness, but it offered a culture shift and stability. The sale itself would not be a significant amount, but there would be a salary increase. “No job is too tough if they pay you enough,” I was told.

I had always prided myself on my toughness, but I had never thought of salary as determining how tough I was. The extra money was undoubtedly appealing. The prospect of increased compensation seemed to offer a temporary boost in energy, but it felt wrong to assume toughness was infinite.   As I compared offers, I feared leaving with the risk and uncertainty of starting a new practice at a lower compensation. We ultimately sold the practice, and I stayed. My salary increased, but I’m not sure it made me any tougher.

Five years later, our contract with the hospital was up for renewal with another promise of a pay increase. “No job is too tough if they pay you enough,” replayed in my head. However, we still were not able to recruit another provider. I felt the strain of increasing patient loads. I felt the stress of frequent calls. While I did not question my compensation, I began to question the limits of my toughness.

There was an ad in our academy bulletin for a position at the local academic medical center. I knew there would be a decrease in salary, but this decision would not be driven by money. Instead of “No job is too tough if they pay you enough,” I wondered, “What defines my toughness?”

While we can easily compare salaries, it is not as simple to compare and quantify how tough the job is or how tough we are. According to material sciences, toughness can be defined as the amount of energy per unit volume that a material can absorb before rupturing. People may not have measurable energy per unit volume, but we have effort, stress, risk, balance, and time.   We may not “rupture,” but we can become physically and emotionally exhausted.

Compensation can be a useful coordinate on the toughness curve. Dollar amounts are easy to visualize, but there is no equivalent currency to measure the quality of life and wellness.   However, equating compensation alone with toughness is depersonalizing and ignores critical time and emotional components.   We cannot graph compensation versus toughness on a two-dimensional graph without adding a third dimension, and that axis is time. At some point on our toughness graph, time (both in quantity and quality) will take precedence. No matter how much you make or how tough you think you are, increasing compensation does not matter if you do not have the time and energy to enjoy it.

It can be uncomfortable examining our own toughness. No matter how tough we think we are; we all have breakpoints that vary among each of us and shift over the course of our careers. What was tough at 20 is not the same as what was tough at 30 or 40 or 50. Toughness is not infinite and is not defined by a dollar amount.

It has now been almost four years since I transitioned to academia. I see fewer patients per day and take fewer call. I also have more time with each patient, more time to recharge, more time for other academic pursuits, and more time for creative outlets. My compensation has decreased, but I have never felt tougher.

Jayson Greenberg is an otolaryngologist. 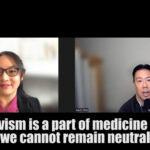 Immediate, accurate diagnosis is crucial to the future of equitable patient care 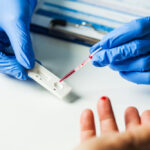