I lay on an examination table while a plastic surgeon surveyed my skin to determine if a suspicious mole should be excised. I joked with him that I had once considered plastic surgery as a career. I knew he still worked at the hospital and fired a rhetorical question at him, enquiring if the hospital was still as busy as it was two years ago when I had worked there? I caught a glimpse of a faint grimace as he explained to me that he was pretty sure he was close to burnout.

I would be lying if my heart didn’t skip a beat. This man was about to operate on me, and I was met with a wave of emotion associated with flashbacks of my previous experiences. Two years ago, I was so burned out that I saw no other option but to leave the psychiatry profession altogether for fear of it consuming my mental health and wellbeing.

I was shocked by his response. I never expected to hear a surgical consultant being frank about his risk of burnout. His response only confirmed my suspicions that nothing had changed and, unsurprisingly, worsened.

We all heard about the toll that the COVID-19 pandemic had taken on our frontline workers. Long periods without time off and dealing with extremely unwell and infectious patients. Doctors and nurses were dying from treating COVID-infected patients worldwide, and there was continued fear that they would infect their families. These knock-on effects of the pandemic have ultimately exposed the gaping wounds within our health system. The NZRDA (doctor’s union) has recently highlighted doctor shortages, with nationwide vacancies reaching a crisis point. Hospital administrators expect junior doctors to cover the shortfall, covering other teams, working back-to-back shifts, and covering additional duties. This might not sound like a big deal, but a very junior, inexperienced, tired doctor looking after dozens of hospital-level patients is not good for anyone. I even heard of a situation where a junior doctor (3 months into the job) had no registrar or consultant but was expected to care for a group of patients. A task that junior doctors are never expected or are even qualified to do.

I can recall a time when my consultant took two weeks off when I became the newly minted psychiatry registrar. He left thinking he had appropriate cover. However, the rostered consultant was uncontactable for two weeks. It isn’t very reassuring to hear that after all this time, nothing has changed and that almost every junior doctor had a similar story. Yet, we are at a precipice where evident change is needed within our health system.

Clinicians are leaving, either to greener pastures or the profession altogether, thus resulting in nationwide shortages. As a system, we have had an overreliance on international doctors. However, the flow of these clinicians has stagnated due to COVID-19 and global economic issues. The universities have offered to increase training numbers but are cut short by lack of government funding and knowing it will take at least ten years to show any meaningful benefit.

Change is needed, but it can’t happen if our leaders deny that there are issues in the first place. I have learned that the best way to address a problem is to acknowledge it and not let it fester; much like an infected wound, it will only get worse. Let me be very frank, the hospital system is a wound that has been festering for a long time, and we have gone septic. If this isn’t a crisis, then nothing is.

It’s time that we need to look after the people that help look after us. It’s simply not just a factor of remuneration. Being a clinician comes with sacrifices. However, the sacrifices are becoming even more significant to the point where people simply leave. It’s hard being a clinician in our current climate, and no amount of money and hard work will buy you time to be with the most important people in your life. Or allow you to be there for those crucial moments. These are the things we sacrifice to ensure people have good healthcare.

A recent survey showed that nearly 50 percent of psychiatrists would quit their job if they could and at a time when we need them most. We hear of reports that mental health services have waiting times of over 13 weeks, putting patients’ lives at risk.

We know the pressure is on within other medical disciplines, where people wait for months before having a colonoscopy to rule out bowel cancer. Emergency departments are overrun with unwell people, resulting in unheard-of waiting times.

What can we do about it? There needs to be a multimodal approach as any intervention will likely affect other parts of the system, causing more of an imbalance that we see today. There is no one answer, but many intersecting solutions play a role in improving the overall picture, much like treating a patient. Here is a very brief list.

Yet again, I found myself in another appointment, but this time with a sleep specialist. She was taken back by how well it seemed I had sorted out my life. I vividly remember her saying, “You’re one of the only doctors I know who generally have their life sorted. Most doctors’ lives are a shambles.”

I left that appointment thinking it didn’t have to be that way. We can start improving the lives of doctors and our ability to help our patients, and we can do that now.

Jamie Ioane is a general practitioner in New Zealand.

A breast cancer story from an Asian perspective [PODCAST] 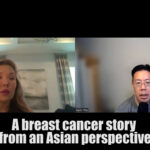 We are all responsible for women physicians' pay discrepancy 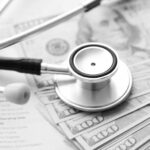 The New Zealand health system in crisis: We need to look after our clinicians
3 comments