Some years ago, I had the privilege of serving as chief of staff of my community hospital. One of my responsibilities was to review complaints directed at doctors. Ten to twenty “occurrence reports” came across my desk every week. Most were from nurses who felt doctors had unfairly reproached them.

Hospitals are required by their deeming organizations — ours is The Joint Commission (TJC) — to adjudicate each item with due diligence. Employees who feel that their complaint was inadequately addressed can anonymously report their concerns to TJC, which could spring a surprise visit if there was sufficient concern that patient care or the workplace environment was jeopardized.

In 2009, TJC issued a sentinel alert heralding a new “leadership standard” requiring hospitals to amend their bylaws to define disruptive physician behavior as “overt acts such as verbal outbursts and physical threats, as well as passive activities such as refusing to perform assigned tasks … reluctance or refusal to answer questions, return phone calls or pages …”

TJC then broadened the definition to include “quietly exhibiting uncooperative attitudes during routine activities … condescending language or voice intonation; and impatience with questions,” behavior that might very well apply to almost anyone having a bad day. Today the code of conduct includes harassment and discrimination misdeeds.

The behavior of physicians has been a source of fascination to the public for ages.

Many of the most popular television shows have featured doctors engaging in all manner of misconduct. One of the most popular stories of all time, The Strange Case of Dr. Jekyll and Mr. Hyde, written in five days by Robert Louis Stevenson (while under the influence of huge quantities of cocaine), has been adapted into over 35 plays and movies and translated into almost every language.

Physicians have held themselves to the highest standards of conduct among all the professions. Consider the legal profession: I think I could successfully argue that the American Bar Association sanctions a very charitable definition of acceptable ethical behavior for its members. How about the clergy? Ask the College of Cardinals how their standard of ethics has been holding up.

Certainly, we can do better; we should always strive to maintain a polite demeanor, act professionally, and hold ourselves to the highest standards of competence. That’s medical professionalism, and that’s why we have a peer review process that assesses both professional competency and ethical conduct.

So, is there a problem with TJC’s behavioral requirements? Its commendable intent is to minimize behavior that corrupts the hospital workplace and eventually harms patients- certainly nothing wrong with that. But let’s explore the issues:

1. The practical effect of codifying disruptive behavior so broadly has the potential to create an even more poisonous atmosphere, one that would surely erode morale. Consider these remarks from American Nurse Today, authored by Lazoritz and Carlson:

If you have been directly affected by or have observed behavior that violates the medical staff’s policy or code of conduct, you may want to try talking calmly and privately to the physician and explaining the effect of the behavior. Whether you try this approach or not, you must document the incident and report it. You may be reluctant because you believe the behavior is an isolated act by a well-liked physician who usually acts professionally or because you’ve already talked to the physician privately and he has apologized. In fact, many incidents result from the stress of the moment, not from a chronic problem of bad behavior. But your role is not to decide whether the behavior is acute or chronic. If it was disruptive, report it no matter what. The hospital and medical staff leaders will decide if it’s an isolated incident or part of a pattern.

2. There are nuances of behavior. Condescension, voice intonation, and body language can be subtle, and easily misinterpreted. A marvelous French expression is poetically used to describe the twilight: “entre chien et loup.” In the fading light, it is difficult to distinguish a dog from a wolf, a friendly creature capable of love and companionship from a feral predator that will kill and eat you — the inability to differentiate the familiar and the domestic from the unknown and dangerous; an indistinct boundary between hope and fear. Is the doctor behaving like a good dog or preparing to bolt off into the night howling like a beast? Sometimes it’s hard to tell; however, I have to concede that nurses may be better at making that call than the chief of staff. Are we never permitted to become exasperated? Must we always wear a perky smile?

3. Lastly, physicians must be especially careful making remarks or gestures that might be considered inappropriate.

Over the thirty years since the collapse of the Soviet Union, accounts of how totalitarian states repressed citizens have depicted a venomous environment of mistrust and suspicion maintained by spying and snitching, such that one’s commitment to the State was repeatedly affirmed at the expense of any significant human relationships. This Weltanschauung is epitomized by Child 44, a first novel by Tom Rob Smith, and Das Leben von Anderen, a truly poignant film. Does anyone want to work in such an environment?

The first edition of Harrison’s Textbook of Medicine professed this: “No greater opportunity, responsibility, or obligation can fall to the lot of a human being than to become a physician. In the care of the suffering, he needs technical skill, scientific knowledge, and human understanding … Tact, sympathy, and understanding are expected of the physician, for the patient is no mere collection of symptoms, signs, disordered functions, damaged organs, and disturbed emotions. He is human, fearful, and hopeful, seeking relief, help, and reassurance … The true physician has a Shakespearean breadth of interest in the wise and the foolish, the proud and the humble, the stoic hero and the whining rogue. He cares for people.”

My fellow healers, thanks for all you do!

Charles Sharp is an endocrinologist. 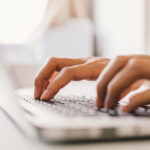 Not a cheater? Let's count the ways. 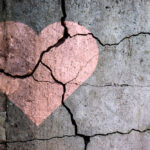