Early one morning in 1996, after a sleepless night on call, I stood with my team in the VA hospital, outside room 102. I was a 28-year-old intern in the general medicine service. We were making rounds on twelve patients that my intern partner, myself, and our supervising resident had admitted overnight. We would walk room to room, and the intern would present the information regarding the patient by gathering data and putting it on a small white note card. I presented the case of a 62-year-old veteran who was admitted with chest pain. His pain had resolved, and the EKG and lab work were both reassuring. Our attending and team were satisfied with my presentation, and we entered the room to find a pleasant man sitting up in bed eating breakfast. He was enjoying scrambled eggs and mashed potatoes that were on his wheeled table overlying his bed. After a few moments of small talk, the attending was confident the patient was in our good hands, and we left the room.

As we walked down the hall to our next patient, I realized that I made a big mistake. I had used the wrong note card and presented the information for a similar patient in error. It was the wrong patient! I had never done that before and was not sure what to do. I felt my face flush, and I worried I would faint. I took a few minutes to gather my thoughts and find some courage.   I declared my mistake to the attending and the team. My attending was kind, though a little confused.

“OK, we will sort it out after rounds,” he said. We continued walking down the hall to the next patient’s room. Our discussion outside of room 110 was interrupted by a loud overhead page, “Code blue room 102,” followed by a number of residents on the code team pushing past us to attend to the emergency. I felt a wave of disbelief. We followed the code team down the hall to my patient in room 102. There I saw my patient lying lifeless on his bed while the resident forcefully pushed rhythmically upon his chest during CPR. The code team leader yelled out, “Whose patient is this? What is the story?”

At that moment, I wanted to be invisible. I was already mortified, and the situation was getting worse. I had a brief moment of hope, assuming that my supervising resident would step in and take some responsibility. However, in his own state of fear and confusion, he left the room and did not return for three days. Again, louder, “Who is responsible for this patient, and what is the story?” I raised my hand meekly and told the appropriate story.

Twenty minutes later, the code was ended, and the patient was declared dead. My attending and I were the last people to leave the room. He was supportive, but when he looked at me, it was almost as if his face was a mirror for me to see my own shame and worthlessness that I felt inside. I did not make a mistake. I was a mistake.

That afternoon, after 32 hours of continuous work, I had to go to the morgue to sign the death certificate indicating the cause of death. It was a long, lonely walk through a poorly lit basement hall to get to the morgue office. After my arrival, I stood for a few minutes in my state of exhaustion and confusion, staring at the small rectangular box on the white piece of paper with the small words in the left-hand corner: “cause of death.”

At the end of my shift, I left the hospital through a rear door. I sat down on the steps in isolation, trying to gather my thoughts over the previous 36 hours. I cried a little but was too overwhelmed to fully process what had just happened. I told myself, “Look, you are exhausted; you have to return in the morning, and you have a lot of work to do. You will deal with this later.”

In the subsequent two weeks following the death of my patient, there was a peer review and an autopsy performed. The final report determined there was a clot rupture and a large myocardial infarction. Multiple people reassured my team and me that we did all the right things and there was nothing else we could have done. Part of me was comforted by these facts. There was also a part of me that felt deep shame and worthlessness. That event confirmed that I was not good enough to be a physician and did not belong there.

This shame followed me through 22 years as a primary care physician and preceptor of medical students. It contributed to a sense of disconnection with patients, colleagues, and even myself. I worked with a physician coach who helped me to understand that shame is ubiquitous in medicine. It is part of the culture in training.

This comforted me to know that I was not alone and I was not broken. Even though it is a common experience, shame often lives in the silence of our own stories. It is an uncomfortable emotion that is not welcome in our perfectionistic and competitive culture of medicine. Role models and mentors who have worked with their shame can be helpful to others, making it more comfortable for them to share their shame experiences. Unfortunately, these types of mentors can be hard to find.

It is important to understand that shame is difficult to process on one’s own. Shame can be a powerful negative emotion leading to withdrawal, isolation, addiction, and even suicide. It requires someone, or a group of trusted individuals, who can hold space for the vulnerability and honesty that is required to heal and integrate the shame experience. Self-compassion and empathy from others are key components of healthy integration.

Being honest with myself and facing my experiences with shame was not easy for me. At times, it was both physically and emotionally uncomfortable. Through this work, I discovered that sharing the difficulties I encountered in training with learners enables them to discuss their own fears and challenges. The result is often a deeper connection and healing for both of us. 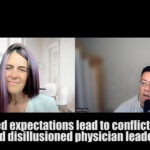 The true art of medicine 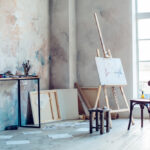 An experience of shame in training
1 comments