My first patient of residency was Mr. John. He endured life-threatening injuries that left him without speech or the ability to move his limbs. Every day had obstacles, and I met most of his family over time. Mr. John was a family man who looked after others first before himself. A self-made man. He was a man who was physically strong and dedicated to every project and goal he set his mind to. Each day before I left, I held his hand and told him there was love always around him. And to keep fighting.

Not much improvement has been made about a week or so into coming to the hospital. Nearly all of his doctors wanted him to be discharged to a skilled nursing facility (the infamous “nursing home”), and the family was unhappy about these brief one-minute discussions. Sometimes, a patient going to a skilled nursing facility (SNF) is the only option because their body is not ready for the three hours of daily rehab with PT/OT/speech that comes with inpatient rehabilitation. Even more, we have all heard the stories of spotty nursing coverage at a SNF where outcomes can be very bleak for patients.

I consulted inpatient rehab with hope and against what most other doctors wanted for Mr. John. It was the last piece that wasn’t explored yet and was admittedly a huge chance for him. However, the family wanted to see if he could be accepted to inpatient rehab, and because the family wanted the evaluation, I followed through on it. They understood that the answer might be a no, but I wanted Mr. John and the family to have that opportunity to see. I still held out hope that he would soon communicate with us.

And the next day, I walked into his room, and Mr. John and I smiled at each other. He told me, “Hey,” and I felt happiness emanating throughout the room for him. I asked him to wiggle his toes, and he did. I asked him if he could wink at me, and he did it with another big smile. I couldn’t believe so much progress could be made overnight, but that is what a miracle is made of. Ultimately, Mr. John was accepted to inpatient rehab. Since then, I’ve been told he continues to improve on all fronts.

Advocating for your patients is the most powerful thing a doctor can do. It is far too easy to see 30+ patients a day around the hospital with varying levels of complexity and forget to at least take some time to advocate. Don’t simply check off boxes on your to-do list.
It is likewise vital to discuss the plan with any family that is with the patient. It is far too easy to forget that it can be difficult for families to make it to the hospital to be with their loved ones.

We should also do right by them and not skimp on essential discussions like discharging to a SNF. Or at worse, simply stating that your loved one is not eligible for rehab in less than a minute is the end of the discussion.

That is how trust is lost between patients and doctors; it is up to us to build this trust with patients and their families over time. That is the only way we can be confident in the steps moving forward.

The role of nutrition in rheumatology patients 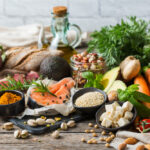 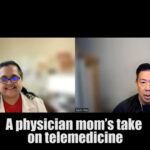