An excerpt from No More Neckties: A Memoir in Essays.

The sign that welcomed visitors to Wakefield, Nebraska, said: “Pop. 1030.” The town’s size didn’t vary in all the years I lived there. It was a close-knit community linked by culture, economy, religion, and blood. The people knew each other and knew each other’s histories.

Most families had many interconnecting links. In the generation before me, four Anderson brothers had married four sisters. Most of the family names were Swedish, although a few Germans had settled there too. Five Lutheran churches were scattered over a 10-mile radius from Wakefield. Church services were held in English and Swedish until the early 20th century. Most people looked alike, thought alike and believed alike.

Wakefield was pastoral, but not in its being a charming and serene small town in rural America. It was pastoral because the Lutheran pastors were leaders in the community who made clear the distinctions between right and wrong. To an outsider, Wakefield appeared normal. The people who lived in Wakefield thought it was better than normal. They believed it was definitely better than Emerson and Allen, the two closest towns.

When I was nine years old, a neighbor made a deal with me. If he bought a power mower, I could use it to mow lawns around Wakefield to make some money for the family. The one condition of the deal was I would mow his lawn regularly too. We needed the money.

I always struggled to start the mower. One day, I called my widowed mother at her work and sobbed, “I can’t get the lawnmower started again.”

How does one answer that question? I thought, “Men fix machines; I can’t fix mine; I must not be a man.” I felt as if she’d ripped off one testicle.

Men’s and women’s roles were dogmatic, and if people strayed too far from those roles, they paid the penalty for it. My mother knew the values of her generation and wanted to teach them to me. Had I been a girl, she might very well have said to me, “Of course, you can cook. You’re a woman, aren’t you?” It was the way she understood the world.

My mother was a kind woman and protective of my feelings.

Now, as an adult, I can see she had intended to encourage my nascent manhood. All I could think was, “If my dad were here, he would have taught me. How can I learn to be a man without a dad? I will never measure up.”

The number of people in Wakefield never changed during the entire fifteen years that I lived there. The people who lived in my hometown didn’t change much either. Although a few new people came to town from time to time, they usually didn’t stay long. It would have been hard for them to feel welcome when the people who lived there had been there for generations and could recite everyone’s history down to the most intimate details.

My wife, Lynn, and I lived in Maine for ten years, and our children were both born there. People whose families have lived for generations in Maine think of people like us who move there as “from away.” As one story goes, a man who had moved to Maine and raised his children there asked an old Mainer, “I know that I will always be considered ‘from away.’ But since my children were born here, are they Mainers?”

The old Mainer responded, “If a cat has its kittens in an oven, you don’t call them muffins.” Although you may find a new life in a new place, the place you came from never entirely lets go of you.

In Wakefield, if someone asked for directions to a farm home, the directions weren’t given in distance. Instead, that person more likely would be told something like, “Go down the cemetery road past the old Dahlgren place. Then take the next left. You’ll pass the Anderson place and then the Fisher’s. The next lane on the right will be the one you want. Can’t miss it.” And no one ever did.

The people of Wakefield were taciturn. They meted out discipline through quiet shame. The citizens kept their houses painted and their lawns mowed at the same height as their neighbors’ lawns. One Sunday morning, my friend Fred and I were called out by Pastor Carlson in the middle of his sermon. The congregation turned to us with disapproving looks when he said, “Loren and Fred, will you be quiet!” My mother punished me by saying, “Loren, I am so disappointed in you.” That was enough.

Wakefield didn’t have any bad boys. Sure, some would squeal their tires, throw eggs at Aunt Edna’s house or drink a little beer after a football game. But your parents always knew what you’d done by the time you got home. We lived by a universally subscribed moral code enforced by the fact that there were no secrets. Having everyone know your business wasn’t seen as a bad thing. My mother always left her keys in the car. When I asked her about it, she responded, “You just never know when someone might need to borrow your car.”

A farmer knew that if he lost his arm in a corn picker that the neighbors would harvest his crops. Those who helped out thought, “There but for the grace of God go I.” When I was in Lutheran catechism class, I learned that GRACE stood for “God’s riches at Christ’s expense.” I used to wonder — at least when I had more faith in God — “If God’s grace kept you from losing your arm, why didn’t that same God’s mercy keep him from losing his arm? On what basis does God dispense grace? If God has so much grace to hand out, why had she skipped my family?”

Behavior was monitored through gossip. For the gossipers, accusations trumped truth.

Loren A. Olson is a psychiatrist and author of No More Neckties: A Memoir in Essays. 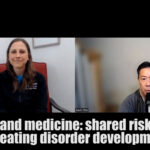 How to tackle the physician shortage

More by Loren A. Olson, MD