An excerpt from Cutthroat: A Surgeon’s Fight against Big Government, Corrupt Businessmen, and a Broken Healthcare System.

The media, the business world, insurance companies, and even the government have done an amazing job of portraying doctors as the culprits for the exorbitant costs of health care.

They’ve been able to make the public believe that all doctors are opportunistic millionaires who prey on the injuries and diagnoses of patients in order to make themselves rich.

The delusion is that doctors order unnecessary tests, perform unnecessary surgeries, prescribe too many medications—including narcotics—and charge too much for their services. Meanwhile, large hospital systems charge far more for the same services delivered by their physicians and their ancillary services.

Most people don’t realize that doctors working in the insurance-based medicine world are often not raking in big dollars for their expertise or effort. In most cases, that could not be further from the truth.

Most of the doctors I know nowadays are earning low- or mid-level six-figure incomes and working eighty to one hundred hours a week doing lifesaving surgeries and interventions—and even if they are earning more, they are certainly earning it.

Doctors are often blamed as the source of ever-increasing health care costs, despite the facts that the median pay of a health care CEO was more than $9 million in 2020 and thirty CEOs made more than $30 million. The CEOs of the top six health insurance carriers made a combined $236 million in 2020—45 percent more than 2019. Meanwhile, orthopaedic surgery reimbursements fell an average of 28 percent between 1992 and 2007.

Doctors saw a 22 percent cut to their reimbursements between 2001 and 2022 and a proposed 9.75 percent cut in 2022 despite the extreme toll the COVID-19 pandemic placed on them mentally and financially.

In the same time frame, the cost to run a medical practice has increased 39 percent. By the time physicians pay their student loans and their practice overhead, there’s very little left!

In my case, all my professional goals were slanted toward service, not profit. That’s one reason I spent fourteen years serving in the military as a U.S. Air Force physician (not a money-making decision) rather than racing into a more “lucrative” private practice.

I was motivated to serve as a patriot. I chose a career in medicine because it was a job that innately required a perspective of self-sacrifice and devotion to others. I have led a life of integrity as an officer in the military and as a man of strong Christian faith.

But when I began practicing outside of the military, I realized medicine wasn’t what I had envisioned it to be. The reimbursements were controlled and constantly decreased by insurance carriers and the government. Paying overhead was a struggle, and I was soon “pounced” upon by metaphorical lions—unscrupulous businesspeople who viewed me as “an opportunity.”

To them, I was a dollar sign, a skilled surgeon on whom they could capitalize in order to generate money for themselves. Some would refer to us simply as “cutters”—mindless butchers with no compassion or integrity who ran an assembly line of people to be “cut open.”

I recall meeting one Russian businessman who, when I told him I was a spine surgeon, had one simple question. “How many surgeries can you do in a day?” he inquired as if I were producing sweaters in a factory.

Much to his disapproval, I told him that to ensure successful surgical outcomes, I typically performed only one big fusion per day or two smaller surgeries.

He was unimpressed with that number and scoffed, “I know surgeons who can perform between five and ten spine surgeries a day!”

I found this number staggering and questionable. There was no way to perform that many surgeries meticulously and wind up with good outcomes.

That conversation ended rather abruptly when I replied, “What drives me is the success of the surgeries, not the number of procedures that I perform nor the income.”

I was optimistic when the Trump administration made changes like eliminating the financial penalty for choosing not to obtain insurance coverage and pushing for competition amongst insurance carriers to lower the cost of premiums. I also agreed that companies should be allowed to pool together to decrease costs and that employees should have the option of choosing their own carrier with their employers covering the cost. They also sought to decrease health insurance taxes, increase cost transparency of hospitals, and eliminate surprise billing.

However, even these changes are a fraction of what needs to transpire to truly improve the situation for doctors and patients.

The real solution begins with revisiting the restrictions on entrepreneurship by physicians in the Anti-Kickback and Stark regulations. Even Pete Stark, the author of the law, says he favored repealing the law as it currently exists. It has morphed into a law of complexities and penalties that far exceed the law’s original design.

As things stand, it’s truly impossible for doctors to practice medicine the way they would want to. Once a physician is compelled to see more patients than is prudent, the quality of care declines. Add the additional volume of patients being seen to the insurmountable paperwork and documentation required of nurses, mid-levels, and physicians; and the burden becomes too heavy a weight to bear for many.

Sadly, many doctors have been relegated to mere technicians working for taskmasters who leave us crumbs to battle over, turning us against each other. The fellowship amongst physicians is all but dead.

Physicians have become their own worst enemies. The only way to make this change is to finally band together like doctors of old and become a true fellowship focused on fighting for our rights and control over what and how patient care is delivered.

Similarly, patients need to demand that their employers only use an insurance carrier that allows the patient to choose their doctor and the care they deserve and need.

We have little left to lose, and we and our patients have everything to gain.

Steven J. Cyr is an orthopaedic surgeon and author of Cutthroat: A Surgeon’s Fight against Big Government, Corrupt Businessmen, and a Broken Healthcare System.

Precision medicine: the rifle vs. shotgun approach to cancer treatment 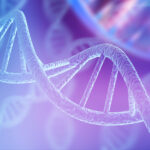 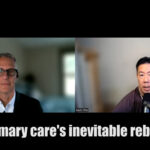 Doctors are not the bad guys
1 comments