Since writing a cathartic post about being burned out, I’ve received supportive messages as well as concerned calls from friends and former colleagues. Some were worried about my well-being. Others agreed with the sentiments.

One note in particular resonated. It named cognitive dissonance as part of the problem. This dissonance is pervasive in society. The gap between what we say we stand for and what we actually do is not limited to medicine. In fact, a 2015 report from the United States Army War College called “Lying to Ourselves: Dishonesty in the Army Profession” could have easily been written about the medical profession. The authors describe the effects of undue regulatory burdens and how these burdens create incentives to be dishonest. The dishonesty of reporting that some things have been done to standard carries fewer consequences than omitting them and reporting the omissions accurately.

Our profession has been regarded as one of high ethical standards, honesty, doing no harm, and beneficence. However, in daily practice, meeting the expectations of a primary care provider is almost impossible, perhaps fostering the same dishonesty referenced in the army report. Listening generously and empathically, addressing the (sometimes conflicting) agendas of both patient and provider, ensuring updated immunizations, screening for depression, and responding appropriately are daunting tasks. Add managing pain, tapering opiates, and documenting accurately, and the strain rises. Then, consider doing this while charting to meet RVU expectations. This is a strain that doesn’t even account for the psychic wear and tear of meeting multiple people, many at their worst, day in, day out. Some shortcuts are inevitable: keeping things short, sweet, and limited to one concern per visit, copying and pasting old HPIs or physical exams, and not allowing time and space for major psychosocial concerns to emerge.

It’s been said that minor integrity lapses do not exist. Closing our eyes to checking off boxes automatically (did you really feel for the thyroid?) or performing a “level 3 physical exam” on everyone might be considered minor lapses. But what does this signal about our tolerance for lapses? We are encouraging behaviors that conflict with our stated value of honesty. These lapses of integrity are likely partially responsible for the increasing moral distress in clinicians.

As described by Dudzinski,  dimensions of moral distress include crises of conscience, a sense of powerlessness, and having obligations in conflict. Recurrent minor (and occasionally major) lapses set us up for moral distress each time we stray.

Though demoralizing to examine, reluctance to name points of dissonance obscures the need for foundational system changes. It’s imperative to name them.

There are so many examples. The call to improve physician burnout is particularly pertinent. Rushing to fill a need, the number of businesses, strategies, and webinars focusing on burnout have mushroomed, creating a booming industry. Individual-level strategies are vital but no substitute for systems-level change. The prospect of change is daunting, but it is where the solution lies.

It’s unclear that we as a population could agree on how to optimize health across the board, much less on what the ideal delivery model would be. The challenges are manifold, including the absence of a deliberate system. According to Robert Lawton Burns, the existence of a U.S. health care system is a myth. Instead, we have an “unplanned and evolving ecosystem involving numerous intersecting parties with competing priorities” in which any effort to change the system will have to contend with multiple parties opposed to such changes. Obstacles to change are complex. The goals of the major players – providers, producers, and payors – are frequently at odds with each other.- And all are frequently at odds with the goals of the patient.

Although these are not new arguments, we may have reached a tipping point. Our system is among the most expensive in industrialized nations, and many of our outcomes are among the worst. Given the escalating costs, poor outcomes, concurrent burnout, and COVID epidemics, true system change may finally have a chance.

Envisioning a system without cognitive dissonance requires a major perspective shift. Ideally, the system would exist within a society that better covers the base of Maslow’s Hierarchy of Needs. Re-examining the logic of tying health coverage to employment would be a start. Universal coverage, while complicated, is not impossible, as has been seen in many industrialized nations. Considering health care as a basic human right, not a for-profit industry, is another path to decreasing dissonance. Another is re-examining the roles and numbers of social workers, case managers, advance practice providers, and physicians. None of the solutions will be easy to implement; all are worth considering.

Returning to those worried about my personal well-being: Having stepped away, I am fine. Sure, personal factors were at play, but the energy I spent twisting myself into believing that I “just wasn’t doing it right” has been liberated. I hope my catharsis will help highlight the need for change and that the perspective from a long haul in primary care may inform the direction. 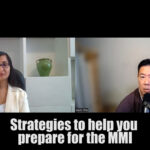