Over the years, I’ve had many medical office assistants. Most were good. Some were outstanding.

Today, I’d like to tell you the story of one who was exemplary. He was never late to work. He never came in and insisted on finishing his breakfast at his desk before rooming our first patient. He was so personable that they would pour their hearts out to him while rooming patients. They would tell him all kinds of things about their personal or academic life that they were unlikely to tell me in just the 3-5 minutes he was there.

He would tell me that some teenager’s school life was crashing all around him, despite the depression screen being normal. Other times he would go in for a one-sentence summary of the purpose of the visit and come out with a tentative diagnosis.

He would come into my office, hand me the clipboard and say, “Now, I’m not a doctor. I can’t practice medicine, and I can’t say that this child has strep throat, but I’m gonna have a swab ready for y’all,” and flash me a big cheesy grin.

Ninety percent of the time, that child had a positive strep screen.

He kept me on time, on track, and kept my whole team positive and upbeat. He was a pleasure to work with.

Like everyone, he had bad days, but he would turn his bad days into a funny story, and we all laughed with him—usually. At least once, he was placed on my team. However, that wasn’t always the case.

You see, this young man was gay and Black, neither of which bothered me or affected our work relationship. We worked on a military base. Don’t Ask, Don’t Tell had been rescinded, and this was at a time when we had no reason to think that would change.

Everything was cool on our team of two medical assistants, a nurse, and me. However, before working with me, he’d been paired with some of the men in our department.

His sexual preferences and his race bothered them. It bothered them to the point that they made remarks about this young man, first behind his back, then to his face. These officers began to find fault with everything this young medical office assistant (who was also military) did. It held him back in his military career. On multiple occasions, he spent his lunch break in the office of the one black major in tears over how he was being treated.

Then, he was transferred to my team. The bullying was lessened. His confidence rose. He got on the color guard. He excelled, both in color guard and in his daily duties. He shined.

He made the decision to go on to nurse practitioner school once he finished in the military. You see, there were only two things he wanted in life, to be in the military and to become an NP.

Unfortunately, I was a contractor. My days on base were numbered. I went on to my next job.

He was paired back up with one of the men who had bullied him in the past. The stress got to him. He tried counseling. It didn’t work. He reached out for help in other ways. He didn’t get what he needed. He started drinking. Not on the job, mind you, after work. That was enough, however, to land him a DUI and a dishonorable discharge. He feared this meant he would never get into NP school. I heard he was desperate.

I tried to reach out to him. I texted. I called. I reached out on messenger. I got nothing back. Then, I learned he had taken his life.

Communication is everything. What you say has power. Think about that for a moment. We can either drive people to suicide, or we can save them from it.

The B.A.N.K. system has saved the lives of teens and children. It can save the lives of health care workers if we apply it. If we take the time to learn this method and implement it, we can do the same with adults. We don’t have to lose our best and our brightest to suicide, depression or burnout. We need to take a long hard look at how we are driving our own people away with our words. We can learn from the experts. We can use the available technology. Stories like this one don’t need to happen.

Nanette Nuessle is a pediatric hospitalist and physician coach.

What are physician mortgages? 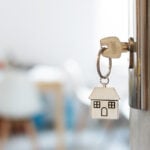 Non-profit work and exploring the life of a pathologist [PODCAST]