If you asked the third-grade version of most doctors what they wanted to be when they grew up, I bet most would have said, “I want to be a doctor!” I doubt many would have said “hospital administrator” or “life coach.”   Yet, according to a recent Medscape survey, nearly one-quarter of physicians are considering a shift to non-clinical careers.  They are burned out and want to work fewer hours. Corporate medicine is not what they expected. They are becoming lawyers and MBAs.  Why are they abandoning their third-grade dreams?  Should I disappoint the third-grade version of me and leave too? Third-grade me loved dogs. I could still be a dog-walker.

Burned out doctors are filling the internet daily with reasons why they are leaving clinical practice.  Fighting the power of suggestion, I have decided that each day I will try to find a reason not to leave.  Yesterday I stayed because my patients appreciate what I do.

I will not leave clinical practice today because I chose this profession and I get to decide.

There are many reasons doctors are leaving clinical practice: too much administrative oversight, lack of respect from peers/patients/public, not enough support for non-clinical tasks, compensation challenges, and of course adapting our practices to a long-haul pandemic.  The Medscape survey cited one reason that has not received much press: They “just don’t like being a physician.”   This should be number one.

Over the years, I have run into several doctors who made me wonder if they wanted to be a doctor in the first place.  They were the ones who would seem disinterested during grand rounds and tumor board, or they would be inviting me to dinner to sell me on their side venture.  Some people get into medicine because that is what their parents did or expected them to do.  Some went into medicine because they liked the hospital dramas they watched on television but later realized the everyday life of a physician is not so glamorous. Some knew they wanted to be doctors, did it, and are ready for something else.  These are the people who should leave clinical practice. They should leave because they do not like the profession not because external factors are making the job miserable.

The doctors who are frustrated by the administrative oversight, lack of respect, etc., maybe just have bad jobs. Maybe as a health care culture, we have turned the practice of medicine, at least for some, into a bad job.  Early in my career, I was irked by a practice manager who suggested the doctors just needed to do more surgery in the face of declining reimbursement.  I was overwhelmed with call at a level 1 trauma center and had small children. I was so exhausted that I thought about quitting neurosurgery.  What a crazy idea! Why should I give up my career because this guy made my job difficult?   His job was to facilitate our success.

I vowed then to never let a bad job or bad people convince me to quit my profession.  I have invested a lot to satisfy my third-grade aspirations. I am not going to let someone else ruin it for me.  I would do what I could to fix the job so I could enjoy my profession or find another job that was a better fit.  We fired the practice manager and hired a person who cleaned up his financial mess. Life improved. That is how I define self-care.

Self-care is a favorite buzzword among those trying to keep health care workers from burning out and quitting.  There are articles about how providers need to carve out time for themselves to meditate or practice yoga.  Meditation is quite powerful for stress and pain management.  I have been seen teaching my patients how to practice deep breathing when they seem to be coming unglued in the hospital. Yet, when a doctor’s mantra is “faster turnover,” the benefits of meditation diminish.  When our leadership suggests we practice more self-care, we have to feel empowered to tell them, “While I love yoga, what I really need is on-site childcare, a scribe in the clinic, and more staff in the operating room to reduce turnover time.  Then I can finish work and do yoga.”

I have a lot of respect for those physicians who have done their best to fix their jobs and ultimately decided to leave what my colleague calls the World of the Damaged People.  They are brave. Others are putting their clinical skills to use elsewhere in volunteerism, locum tenens, and teaching. Their third-grade selves would be proud.

As for me, I am going to keep on doing neurosurgery. I am not good at anything else.  Truth be told, my dogs pull on the leash and bark at my neighbors’ dogs like rabid wolves.

Today, I will stay.

Want to improve your patient reviews or relationships? Learn to be present. 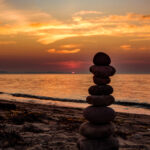 Permission to burn the manual [PODCAST] 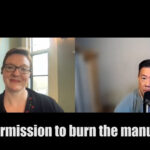