Eleven attorneys general (AGs) have responded to a long-awaited draft update on a nationwide opioid-prescribing guideline by asking that drafters do more to prevent prescription opioid diversion. Logically focused on law enforcement, the AGs, unfortunately, suggest reviving policies the Centers for Disease Control and Prevention (CDC) has already cited as potentially harmful to patients. In doing so, the AGs step into the practice of medicine which they are not qualified to do.

They overstep when they make statements that require medical expertise, such as “opioids should not be a first-line treatment – full stop.” They call risk assessment in pain treatment “illusory” and insist that prescribers not face “too many variables,” even though the practice of medicine is complicated when patients have widely disparate genetics, types of pain, and underlying conditions. They call for prescription duration limits and a “tiered” approach to pain treatment that is too simple for the diverse needs seen in clinics, hospitals, and other health care facilities every day. They encourage toxicology screening as standard practice without accepting that results may be misinterpreted or patients may be unwisely dismissed from medical care.

The AGs express fear that more liberal prescribing will follow what they regard as a loosening of regulation. But they are silent regarding patient harms that arose when the CDC’s previous recommendations were too rigidly applied. The rigidity resulted in patient dismissals and loss of access to pain care; abrupt and noncollaborative opioid tapers; inappropriate enforcement of threshold doses and prescription duration limits; and misapplication of limits to patients with cancer and palliative care needs.

Regarding toxicology testing, the AGs do not accept, or seem aware that a plethora of tests is available that vary in terms of sensitivity and specificity. Neither will they admit that dismissing a patient from care after an inconsistent toxicology result may lead to more, not less, illicit drug use and increase the chances of an overdose death.

Why do they want this useful clinical tool – and other CDC recommendations – to be inflexibly applied? Simply because of a naked wish to use the CDC guideline to criminally implicate practitioners. They would like to use real or perceived failure to meet CDC recommendations regarding opioid dose, toxicology screening, prescription drug monitoring programs, and more to portray prescribers of opioids as practicing outside the bounds of legitimate medicine. This is not a new use for the CDC guideline by prosecutors and government expert witnesses, as the following resources show:

Diversion control is a necessary goal. It is judicious to suggest that the amount of opioid medication (when indicated) should be tailored to the patient and the condition so that the amount prescribed meets the needs of the patient but does not create an opportunity for diversion of unused drugs. Unused opioids should be stored in a locked safe or disposed of as the FDA labeling describes. However, the AGs wish for a return to “physical quantities” (i.e., duration limits) is advice that already has proven ineffective and harmful.

The AGs do not acknowledge these or other findings while the opioid crisis rages on, fueled principally by the production of illicitly-produced synthetic opioids such as fentanyl and its analogs. As their states’ chief law enforcement officers, the AGs surprisingly never mention these or other sources of the illegal drug trade as fueling the overdose crisis they decry. Instead, they conflate prescription opioids and illicitly-produced opioids.

See, for example, the following statistic cited in the AGs letter: “Prescription drug abuse is an epidemic in West Virginia and the other undersigned States. In 2021, over 1,400 West Virginians fatally overdosed, and opioids accounted for about 1,200 of those deaths.” The first sentence implies, but does not state, that the 1,200 opioid deaths were prescription-related. Similarly, the letter cites a statistic that, from April 2020 to April 2021, roughly 100,300 people died from drug overdoses in the United States, which is an increase of 28.5 percent from the year before. Omitted is the information that deaths from synthetic opioids (primarily fentanyl) and psychostimulants such as methamphetamine and cocaine deaths rose along with prescription drugs (which had been dropping).

Not providing a breakdown of the drugs involved in overdoses cripples the fight to stop them. How can one fight diversion and associated deaths if one cannot acknowledge their principal source or sources?

Prescription opioids can be diverted and lead to overdoses. They should be given and used only as indicated. It is true that prescription opioids have been too widely prescribed in the past. However, medical necessity should direct pain care, and those who live with severe pain and disabilities should not be targets for law enforcement’s supply reduction tactics – full stop. Someone must speak up for these people, even when it is not politically expedient or personally advisable to do so. The CDC rightly is moving away from a one-size-fits-all position. It would be a grave mistake to return to failed and harmful recommendations now. 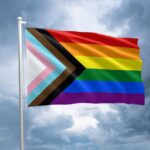 What and who needs to change in medicine for it to be sustainable?