When my boys were little, they responded to frustration differently. One would get angry, throw toys, yell, bite, refuse to cooperate. The other would become pitifully sad, appearing abandoned or lonely.

The sad one received more attention because when we see someone who’s sad, it pulls on our heartstrings and evokes innate compassion. Seeing another in a low energy, low pleasantness state makes us want to reach out and offer comfort. It’s biologically programmed. I’d approach my son, speak softly, and hold him until he was visibly happier before moving on. His sadness connected us. We both felt better after acknowledging what was happening in that hard moment.

The angry one was more challenging. His behavior was ostracizing. Rather than moving toward him, I’d distance myself or yell back, neither of which soothed the pain of whatever had ignited the hostile response. Usually, emotional contagion kicked in, and I’d adopt the same high energy, low pleasantness state. He’d feel bad, and I’d feel bad. His behavior disconnected us. A family counselor reframed his behavior, explaining that he, too, was hurting in those moments. He wasn’t crying but also needed comforting. It was much harder to respond lovingly, but that new knowledge taught me to respond similarly: move toward, stay calm, offer gentle physical touch. It’s still hard to do this. Rage is a high-energy state, and it’s scary to be around.

In medical culture, anger and sadness come up daily — we’re only human, after all — but our conditioned emotional responses for survival there are antithetical to inborn, evolutionarily favorable emotions outside of medicine.

As a first-year medical student interested in psychiatry, I was assigned to a small group with other potential psychiatrists, meeting bimonthly with a well-respected psychiatrist. In large lecture classes, this middle-aged white man was charismatic. Charming. Funny. Engaging. In the small group setting, he was an excellent listener who set a tone of safety and trust. He led with deeply personal questions like, “How’s medical life affecting you? How’re you coping? What feelings are you experiencing? What’s it like to be you?” Being who I am, I answered honestly. I said I was struggling. Not yet a reader, I wasn’t able to keep up with the content. I felt inept. After the B- on my first test, how was I going to be a good doctor? The group bonded, but not everyone shared. During the many sessions when I cried, he’d escort me into the hall to console me, separating me from the others. At the end of the year, the only thing he wrote on my evaluation was, “Seemed younger than the rest of the group.”

These words can be interpreted in many ways, but I took them to mean that how I’d shown up was immature and inappropriate. Unlike the natural impulse we have to show compassion in poignant or difficult moments, his ultimate assessment of me felt critical. My tears hadn’t connected me to others; they’d isolated me. I’d felt safe sharing. Did the sagacious psychiatrist take me into the hall because he was concerned that my weeping would somehow psychologically damage the other group members? What made my sorrow something to hide? Regardless, I took away this message: “Such feelings aren’t to be shown to others. Not here. Not now. Not ever.” My ordinary anguish was shameful and aberrant. This experience changed the trajectory of my career.

Grief-stricken, I couldn’t figure out how to stop feeling, trust my feelings, or where to safely show them. If not in a room of future psychiatrists, where do feelings belong? My sadness became understood as rare, problematic, pathological. I lost my purpose for being in school. I longed for my former self, who could work hard and play hard, without judging my feelings. Lost, I became clinically depressed. Without my happy-go-lucky personality free to express herself, I took on a new self-identity: fragile, unstable, ill. The stage was set for me to emotionally shut down. SSRIs helped me survive, numbing my hard feelings while also numbing any joyful ones.

I rerouted to radiology in an attempt to hide and distance myself from emotions altogether. Unfortunately, this “solution” backfired. Surrounded by hyper-rational people who enjoyed spending 9+ hours in the dark didn’t keep me from feeling. It only amplified my loneliness and self-loathing. When I cried at work, I was left alone. And the ones who got angry, yelled, belittled the staff, threw tantrums, and shamed others? They got promoted. Similar to managing my angry son, no one wanted to deal with pain disguised as anger, so such temperaments were ignored, emulated, even revered.

Sadness is a prosocial emotion, evolutionarily advantageous for building unity and love. My despair didn’t evoke compassion from my peers as it does in ordinary life. In medical life, melancholy is deliberately avoided. It wasn’t until I stepped away from medical life two decades later that I could see my struggle with sorrow isn’t personal. It’s cultural. Vulnerability is hard everywhere, but it’s outright shamed in medicine. Opportunities to share how we’re actually feeling exist only in private rooms with mental health professionals. Without intending to disparage all psychiatrists, my own experiences with them kept me believing there was something wrong with me that needed to be medicated and hidden.

What underlies the Great Resignation from medicine is the inundation with suffering without knowledge, permission, or opportunity to process, or respond instinctively, to the routine pain we experience. This keeps us in survival mode, afraid to do, say, or be like other humans. Living by logic and reason without interference from emotions may work for Vulcans, but we aren’t Vulcans and pretending to be isn’t sustainable. We’re understandably bereft. We’ve normalized abnormal emotional responses to real life. What was adaptive for short-term success has become maladaptive for sustainable well-being. Long-term fulfillment will only be possible when our sadness is allowed to connect us and our rage is explored and healed.

Help patients recognize how important their opinions are [PODCAST] 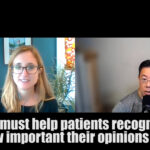 Reduce your loneliness, improve your well-being, and take the first step 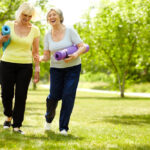