In the coming months, no one can predict with certainty what will happen with the war in Ukraine. But there’s one thing we do know for sure. The United States will soon reach an unthinkable milestone: One million Americans will have died of COVID-19. Over the last month, while many people were celebrating the rollback of mask mandates and other pandemic restrictions, over 1,000 Americans continued to quietly succumb to the virus every day. When the death toll first reached 1,000 per day back in March 2020, there was wall-to-wall coverage of it in the media. But as the pandemic lurches forward into its third year, the death count is almost never mentioned anymore.

On the one hand, this is not surprising. In today’s media landscape, the 24-hour news cycle tends to move on to the next flashy story as quickly as possible. Drama sells, and harping on the same story over and over gets old. Before the war in Ukraine began, I can’t remember the last time a single story remained on the front page for weeks. Moreover, we can’t all be in flight or fight mode for years. Let’s put that aside for a moment and imagine that the death count was still at the top of the news docket. It sadly would be unlikely to make any difference in the war against COVID for one main reason: a substantial portion of the population doesn’t believe that COVID is as big of a risk as it is because our government has been exaggerating the death count from the start.

I have always struggled to understand the lie that doctors are inflating the death count. Of course, there are the rare individual doctors who have committed fraud, but widespread death certificate fraud seems like an odd initiative to get behind. For those who don’t know, individual physicians who are caring for patients when they die are responsible for filling out their death certificates. Doctors, not hospitals determine the cause of death, and doctors have no incentive to say that a person died because of something other than what actually killed them. During the first wave of the pandemic, I filled out more death certificates in a single week than I had in the previous 6 months.

One night that week, a hospital two hours away from me literally ran out of oxygen. I was the only intern in the ICU that night when an ambulance bus arrived with about 15 patients who were all on death’s doorstep. Most of that night is a blur. You know the scenes in movies when there’s some kind of explosion or mass shooting, and the nearest hospital turns into a cross between a war zone and a nightmare? Imagine that but worse, because instead of bullet or shrapnel wounds, the patients are all dying of something contagious that could also kill you. One thing that stands out clearly in the haze is the sound of one man on the phone. His brother was lying in bed in front of me, dying. We had already coded him and brought him back to life once, and his organs were shutting down. We couldn’t keep his oxygen saturation up, and I asked over the phone whether he had discussed his brother’s wishes for end-of-life care. He said, “It’s in God’s hands now.”

Sadly I had to correct him.

“Actually, sir, it’s in your hands. I need you to decide. I need you to tell me whether your brother would want us to keep him alive on the machines or let him go.”

He let out an indescribable sound, a simultaneously soft but piercing wail.

“Let him go,” he said as his wails got louder.

I had to yell into the phone over the surrounding chaos.

“I’m sorry for your loss, sir. I have to move on to the next patient.”

I knocked on the glass door of the room in front of me, getting the attention of the nurses in the room. The nurse who was straddling the bed, sweating from chest compressions, wearing a superwoman bandanna, looked up at me as I motioned my fingertips across my neck. Time of death: 2:45 a.m. There was no time to process, no time to grieve, slather up with hand sanitizer, move to the next room, repeat. After a few days, the names on the death certificates started to blur together, but the cause of death was consistent- COVID-19.

Many people said then and still say now, that everything I just described is fake news. If you don’t believe in the death toll, how are you supposed to evaluate your risk of death? If you can’t evaluate your risk, how are you supposed to act accordingly? Why make the effort to get a vaccine when you think you don’t need one? Thanks to vaccine hesitancy, many more Americans have and will continue to die than our peers in other countries. A recent study found that in 2020 the U.S. experienced the largest decline in life expectancy of 29 high-income nations. Moreover, unlike most of Europe, our life expectancy did not bounce back after the rollout of vaccines in 2021.

As COVID fades further from the forefront of our lives, I worry that we are losing more than just the fight against this single new virus. A recent study found a negative shift in vaccine attitudes over a 6-month period of the pandemic. Even as vaccines saved lives, participants had lower intentions to get not just a COVID vaccine, but also a flu shot and vaccines more generally. When analyzing the data, republican political affiliation explained more variance than any other demographic trait. It feels like paradoxically public health campaigns against vaccine-preventable deaths are a victim of our own success. Thanks to the invention of vaccines, Americans alive today have never seen a case of smallpox, or polio, or tetanus, and the list goes on.

In the coming weeks and months, COVID will continue its transition to an endemic respiratory virus, alongside influenza and others. But the shifts in attitudes toward vaccines will have consequences far beyond the COVID pandemic. I’m not looking forward to a hypothetical future day when my colleagues and I have to fill out a death certificate with the cause of measles, mumps, or rubella. I’m afraid that if we don’t correct our course and find a way for it to be politically successful to believe in science on both sides of the aisle, that day may come sooner than we think.

The opinions expressed in this article are the author’s and do not reflect those of any other individual or organization.

Max Blumberg is a physician. 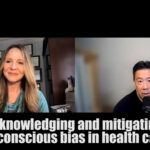 A tale of 2 nurses

We’re losing the war. No, not that one.
1 comments