Her image captured the world: mangled hip, jutting belly, stretcher, war, a woman carried out of a bombed maternity hospital. She’s gray, contrasted against a colorful beach towel, among the smoldering ruins of Mariupol. The outcome was bad; neither she nor the baby survived despite the perimortem Cesarean. News stories reported that she gasped and, with her dying breaths, said that she did not want to live in a world without her baby.

There are almost 80,000 women due over the next few months in Ukraine, and medical supplies are sparse. Ukraine is a strong, modern country, with a maternal mortality rate lower than ours—by 2019 data. Their health care expenditure rate is 7.1 percent of their GDP versus ours of almost 20 percent. People are running, crawling, fleeing toward friendly borders, taking windowless trains at night, with the curtains drawn, and escaping the dusty skies which are heavy with ashes, debris, and gunpowder. I learn these stories from my friends, my former playmates, my old neighbors, my parents’ coworkers and classmates, and from my patients, whose families are fighting for their home.

I’ve been thinking I want to help, but how? Who would have thought that obstetricians would be necessary in a war zone. Everyone thinks of trauma surgeons, emergency medicine or field medicine doctors, the medics, and emergency technicians as useful. We don’t learn battlefield medicine in obstetrics, yet obstetrics is the wildest battle with at least two lives on the line.

As obstetricians, we learn critical care, surgery, and the need for expedient abdominal access. I’ve prided myself on the speed at which I’ve performed c-sections, laparoscopies, and controlled bleeding during critical situations. We train for the worst. Before modern obstetrics in 1900, the maternal death rate was almost 900 per 100,000 births from pregnancy and childbirth. We had a nadir of 7.7 deaths per 100,000 in 1997. We’ve come a long way with our antiseptic techniques, surgical options, and hemorrhage and infection controls, yet there are still tragedies.

I remember the day I knew I’d be an obstetrician. I was a third-year student, stuck in the rut of night float. That was the worst shift, on an unseasonably cold South Florida day. A woman presented with decreased fetal movement, was triaged, monitored, and was discharged to follow up at her next appointment. She returned around midnight the next night, and I watched the attending attempt to explain via translator phone that he couldn’t find the baby’s heartbeat. The look on her face transcended everything. She was given the option to deliver after an induction or to proceed with a primary elective Cesarean. She chose surgery.

The section was awful. I heard her sobs; I felt her convulsions, despite a spinal anesthetic, despite local to numb her skin, despite expert retraction. I felt the warmth of her blood against my cold hands, the Bair hugger radiating heat against my shaking legs, and I prayed for the case to just end. I didn’t know the words she cried out because my language and hers are not the same, but I knew the story. Every layer was harder to open, as it brought us closer to the finality of the situation.

The operating room was eerie, without the warmer’s pleasant beeping, without the hustle of a team awaiting the baby, without the pleasant chatter behind the curtain of eager anticipation. There was no teasing banter about the size of the head, the shoulders, or the amount of hair on the baby’s head. The room was silent, punctuated only by the cautery’s melodic buzz, the suction’s slurp, and primeval gasps. No one asked to drop the drape, mentioned skin to skin, or said anything comforting.

He was perfect, with chubby cheeks, matted dark hair, long lashes, and elegant fingers. He was gray, lifeless, instantly cold. He was carefully swaddled and handed to his grieving father. Dad cradled the baby, in a chair by the defunct warmer. Dad was silent. Mom convulsed with sobs. The sutures slipped through the fat, fluids, and the final layer came together. The room’s misery ended with “final count correct.”

Every time I diagnose a fetal demise, I think back to that moment. Women everywhere feel her story, because that’s the nightmare every woman faces until the day she holds her baby in her arms. This story is going to happen again and again, in operating rooms and office exam rooms, and living rooms. With this war coverage, even our living rooms thousands of miles from the carnage are not immune.

I was just a third-year student, and I hadn’t thought about life as a scenario where life ends before it even had a chance to begin. Everyone always glamorized obstetrics: the babies, the bumps, the beauty of new life. No one really talked about the tragedies. This stillbirth, the first of many I saw, is the first one to teach me about hope and the importance of a new day.

Yuliya Malayev is an obstetrician-gynecologist. 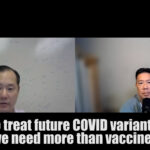 Pause for a moment to feel your energy

More by Yuliya Malayev, DO, MPH