He was sick-sick but he had broken his hip, and if you put a broken bone and an orthopedist together, you have an operation. It wasn’t as far afield as the classic ortho-anesthesia video where ortho calls for an OR for a dead patient, but believe me, all kinds of badness can occur that turns sick to dead.

A good sign was that the patient was ornery. He didn’t so much as sit up in his gurney, as hold court from there, waving people off who spent too much time asking questions. It looked like he had experienced his share of bar fights and yelling matches in his time, but now, the only thing spewing from him was hair. His nose, ears, and even ear lobes sprouted it. He had a grey and white stubble beard and stringy, crazy hospital hair. He looked like a perfect setup for a Fab Five make-over.

According to his chart, he repeatedly refused oxygen at home in his remote trailer, and slept in a recliner. I imagined his easy chair slick with grease from his near-constant presence, and I felt depressed at his not-easy life of isolation. He lived with an oxygen saturation in the 80s, and his carbon dioxide level not far below that. These numbers should never be neighborly, but his liked hanging out together.

But, another good sign was that he was there, completely there, understood he was going to have surgery and that he could die.

He chose his words since it took so much effort to just breathe. I felt he could have given me a good lecture on life, the muck of war, and that he’d whip open those pearly gates when he was good and ready, but instead, he just said, “Let’s get on with it, doc.” He couldn’t put any emphasis on his declaration due to his lack of breath, but I sensed he would have snarled it at me if he could. However, I took the fact that he could muster six words in a row as a good omen.

“OK,” I said, “let’s go,” when everything was ready for him. He was too sick for any premedication, and we had to start the anesthetic with him sitting up, but lines and tubes went into their respective targets and orifices just fine.

He was sick and I made sure everyone understood that. During timeout, when you can add anything to the checklist that includes standard items like surgical site and blood crossmatch, I said he would go to the intensive care unit with his breathing tube still in place. Even before we put it in, he didn’t meet criteria for having it out. Surgery and blood loss and anesthesia weren’t going to help matters. The surgeons, in their special don’t-breathe-on-the-patient’s-wound blue hoods, shields, and air filtration system, simply nodded.

And to prove how deeply they understood the situation, the surgeons stayed on point, efficient, focused, and did not allow a medical student closure. Hallelujah.

The patient did pretty well during the case, just a tweak of blood pressure support, as I nervous nellied over every little thing. Everything an anesthesiologist normally does, from keeping the patient warm, to monitoring urine output, to tracking blood loss, to measuring gases in arterial blood and exhalations, felt charged with purpose.

In the end, we had to disconnect the endotracheal tube for a moment, while all hands on deck helped slide him to his ICU bed. My resident knew to quickly reconnect, and apply just the right amount of pressure between breaths to keep every little alveoli open – recruited – for the ride to the ICU and their fancy ventilator.

He looked pretty good; I was happy. I glared at the ICU fellow when he started to say let’s pull, and he swallowed the rest of the sentence. I hoped the patient would be able to breathe on his own later, but over the course of hours, not minutes as required in the operating room. The slick anesthesiologist can slide out the tube as the last bandage goes on, but that doesn’t work when the patient is sick-sick.

We had a couple more cases, so it was evening by the time I went to see my feisty patient. There he was, in a slouch sit in his ICU bed, tube out, positive air device strapped firmly to his face. The respiratory therapist was there at his side, carefully observing and adjusting what she could.

My patient’s shoulders hunched up and down with each breath, as he moved whatever muscles he could muster. He didn’t look bad enough that I felt he should have the tube back, but it wasn’t pretty either. He and I made the briefest of eye contact, and he did a quick nod. But I’m not sure he knew who I was, where he was, or anything other than he needed to turn that air into breath. His brow and bushy eyebrows were furrowed with a determined not-nobody’s-gonna-stop-me look. His expression was a dead ringer for Elmer Fudd’s when Bugs Bunny was in his sights – he just needed a big ol’ gun in his hands.

I told the anesthesiologists on call about him so that they could check on him later. I walked out of the hospital, once again grateful to be able to do such a thing.

The truth is, I never saw him again. But, from my electronic chart stalking, I surmised he actually did OK. He not only made it out of the ICU to the regular surgical ward, but he also eventually made it to a skilled nursing facility. At that point, I completely lost track. I don’t know if he made it back to his recliner or not.

It’s one of the hard things about anesthesiology. A window opens, you work like all get out, doing all sorts of things while the breeze blows in, then it’s shut again. Sometimes, you see your patient once more; sometimes, if things go awry, you might see them multiple times. Or your colleagues step in to help out if you are not there. Or the critical care or perioperative anesthesiologist work their magic for awhile. But basically, you welcome the orneriness in, and then, after the bustle and harumphing, you miss it.

Audrey Shafer is an anesthesiologist. 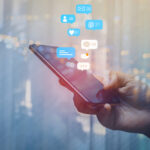 The sick-sick patient and the anesthesiologist
1 comments