I gasped at the guilty verdict that halted my indifferent scroll through the newsfeed.

In the course of her duties, a nurse who had accidentally administered the wrong drug, self-reported her mistake, and remorsefully admitted her error to a body of her peers was turned into a criminal.

If that standard was applied across the board to medical mishaps, health care as we know it would not exist. We will all be the worse off for it. It also reeked of scapegoating. Is there any doctor or nurse reading this who need not say, “There but for the grace of God, go I?”

While it is wiser to learn from others’ mistakes, is there anyone who has truly practiced and gone through an entire career unscathed by unintentional errors that inadvertently injured or even killed?

Any health care provider who has not experienced remorse from unintended consequences? Forever imprinted in my mind is a late-night battle with a feeding tube for a very sick patient that required numerous attempts and confirmatory X-rays (involving climbing a flight of stairs from ICU to the X-ray department in pre-PACS days).

Finally, I saw what was not and cleared the X-ray. Tube feeding was initiated until the mistake was discovered. It was not my last mistake. Nor does the passage of time and “extenuating circumstances” (e.g., having been on call virtually 24/7 with no more than a couple of hours of sleep, if that) feel anything other than lame excuses.

Like a phoenix from the ashes, our health care system rose from the domain of shysters at the beginning of the twentieth century to one that became the envy of the world. One reason for it was that we learned steadfastly, including from our mistakes.

A persistent “fault” in a conscientious provider is making superhuman effort day in and day out to serve our calling of easing another’s pain.

Then, we are felled because we are only human.

Remedying this error is a work in progress. Today’s residents cannot be subjected to interminable working hours or treated as fodder for the health care machine owes much to one such mistake.

In a wrongful death case, the underlying cause was found to be residents undone by insane hours and inadequate supervision. The physicians involved were not jailed but instead enabled to carry on with their vocation. The entire system became better for it, as the subsequent constructive steps undoubtedly have saved lives and prevented harm to the patients and practitioners.

This latest case may end the process of learning from medical errors. The importance of lessons learned from mistakes cannot be over-emphasized. The morbidity and mortality or peer-review conferences are confidential precisely for this reason.

This system doesn’t work even better because, like any human endeavor, it is not perfect. It is susceptible to abuse and manipulation. That is a story for another day.

This is not to suggest that health care providers should be above the law or should have legal immunity. They must suffer exemplary consequences when they lose their way and intentionally harm for material gain.

Hang, draw, and quarter the doctor or nurse who intentionally performs an act in the knowledge that they stand to benefit, and the patient will be harmed. That is not the case here.

The photo associated with the article is of eyes familiar with exhaustion but still carrying a hint of that sparkle with which she must have embarked upon her career. The face, bearing an incongruent expression of one in shell shock, with a trace of a forgotten smile. A person defeated and surrendering to the verdict of a crime uncommitted. A person failed by her profession, her peers, and her employer. It is so wrong!

Those in the know will tell you that the reported information points to a system’s failure. She is merely the tip of the iceberg.

Consider the following: Were VE-rsed and VE-curonium placed in such proximity that the possibility of selecting the wrong vial (and ensuing consequences) arose? How easy or difficult was it to retrieve the drugs? Were drugs stored at her place of work with no more thought than alphabetical order? Were there any checks in the system to caution her against an all too human error? Any visual or auditory cues to caution against a potential mistake?

Even an inane task like closing down a file on the computer results in the “brainless” computer inquiring, “Are you sure?” and “All unsaved changes will be lost!”

What was the workload like on that day and preceding days? Is the system stressed, where safety checks are frequently bypassed? How robust is a system that fails consequently to one person’s error if that truly were the case? What was the role of the supervisors, colleagues, physicians and administrators that contributed to or could have prevented the mishap?

Surely, she was not operating in a vacuum.

How often was some administrative jargon used that compels a nurse to carry on well beyond their working hours because there is no one to replace her? Where resisting the process would be at the peril of job loss.

When the prosecuting lawyer disparagingly compared her to a drunk driver, unwittingly, he was right on the mark. Studies show that the state of drunkenness and lack of sleep are comparable.

Why not look into the system that makes up for shortages by running an exhausted workforce ragged — in other words: drunk — and then rewards their selflessness by throwing them under the bus. More than the doctors, it is the nurses who cause patients to heal. They make us all look good. If this is how society will treat them, don’t bother going to the hospital. Most of them and the doctors are drunk! 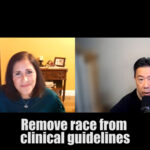 It's time to focus on non-ventilator hospital-acquired pneumonia

In defense of medical errors
2 comments