Even before I turned 16, I knew I liked girls. I also knew I liked boys. I didn’t understand it. Why was I drawn to women? During that period of my life (between 11 and 16 years of age), I was also in a boarding school. An all-girl boarding school, for that matter. It was torture. It went against everything I knew to be “right.”

That was the first time that thought occurred to me: The world can think something is right, even when it is untrue.

I was born, “bread,” buttered and slightly burned in Nigeria, one of the most religious, yet most corrupt, and most homophobic countries in the world. Back when I was young, one didn’t see it too much, but in today’s Nigeria, much like in many developing countries, as in the Bible belt of the United States, Abrahamic or organized religion has become somewhat of a noose around the necks of its practitioners.

When I told my dad at the age of 16 that I also liked girls, his response was swift yet gentle: “It is a phase. You will grow out of it, Nne.” Like any obedient child, I listened intently and believed all of it, hook, line, and sinker, they say. You see, it’s what kids do. They believe their parents. They trust their parents; they want to please their parents.

And so, I went about my business and tried everything in my power to squish the life out of that tendency to like girls. I decided to only date men, and eventually married one. But that didn’t stop me. I still had intense attractions to women, thankfully, I am fiercely monogamous, so I never acted on it.

Then I had my first child.

I watched in a mixture of disbelief, shock, fear, anxiety, uncertainty, then certainty, shame, and even hope as this beautiful human whom we assigned a male sex at birth acted nothing like a boy! Not their mannerisms, speaking style, energy, body gestures, likes, nothing! I mean nothing! I was tormented. I cried to sleep every night. I had nowhere to turn to, no one to tell, no one to ask.

As much as I blamed myself, my ex-husband blamed me more. He took the stance that homosexuality is not in his family. That it must have come from mine. It must have come from me. He despised me for “making his first son gay.” He was mean to me, called me names, wouldn’t speak to me for months sometimes. And I, in turn, hated myself more for causing my marriage to not be “ideal.”

I tell you all this to give you a bit of a background. I eventually filed for divorce and met someone who loved me as much as I loved her. But even that relationship was doomed from the start. Internalized homophobia from my own Catholic upbringing to straight-up homophobia from friends and (some) family, coupled with our own individual histories of trauma, our beautiful relationship had no chance.

I would like to blame COVID for its demise, but truth be told, we had started matching to separate beats long before the lockdown.

The summer of 2020 brought with it my first child’s graduation from college, Stanford University. It also brought in new vocabulary: the phrase non-binary, transgender, and they/them pronouns. Apparently, my kid had been identifying as this through most of their college life. They hadn’t told me because even as a queer person myself, I had not created a safe enough space for them to invite me in.

I, on the other hand, was going nuts with questions: What is it? What does it mean? Who are you? Why this? Why now? What will become of my “son”? Is this a phase? What on earth will my friends say? What will the church say? What will my family say? How can I protect you? What am I going to do? On and on and on …

Then one day, my kid pushed back, and I heard the words I will not forget soon: “Mom, it’s not about you!”

That was when it struck me. That I had been making it all about me. I had been thinking about myself the entire time. I had not taken a moment to ask myself what my child was experiencing. How did they see the world? If I was scared and afraid of not being able to protect them, how much more fear were they feeling? What is it that they want from me?

Surely it wasn’t fear, guilt and shame. It was love, compassion, and affirmation. Support and acceptance with or without understanding. It was parental responsibility and a motherly hug. It was an open heart and a welcoming smile. It was me being their mom. Nothing else. It was also me unlearning and learning and becoming the parent my child needs.

They are drawing a line on the sand and asking me to prepare for battle. They are asking for war.

And that’s what I am prepared to give them.

Uchenna Umeh is a pediatrician. 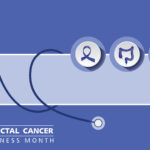 Looking back on 2 years of uncertainty, adversity and more than a few silver linings

When the government comes for your trans kid
5 comments