There is a particular pang of regret I get when I think about the patients who I have failed to say goodbye to.

By this, I mean when a physician leaves a group or practice, they are often prevented from sharing their next destination. Like most young physicians, I had left my first employer within five years and was barred from sharing my next job details. I had learned in training that this was standard practice though we were allowed to tell people vague information like if we were staying in the area.

I had accepted without much analysis the premise that I should not steal patients from an old practice to create a new one. In my case, I did my best to tell people I was not moving far and to look on the internet in a few months. Two years on, I still have patients who show up saying, “I finally found you!”

I am reminded of how my patients must have felt when I meet new confused and upset patients whose previous doctors’ office suddenly closed their doors, or their doctors stopped working there without explanation. If the office is open, the staff are closed-lipped about the details or do not know themselves. I have too often heard from new patients, “Couldn’t they have left some bit of information? Did they move out of state? Why don’t they take my insurance anymore?”

When I hear these distressed queries, I immediately imagine my own former patient asking this to some of their new doctors after they were unceremoniously disconnected from me. The impersonality of this practice undermines any assures we give patients that we care about them. Some patients take it quite personally and have told me they avoided doctors and medical treatment for some time after such an experience.

This lack of courtesy is becoming a frequent phenomenon as competing health care systems buy out practices and trigger doctors to change locales after mergers. Young doctors enter the workforce with eyes open regarding the low likelihood that they’ll stay at their first job. Severed physician-patient relationships are now often relayed by staff at call centers who inform patients that ‘no doctor by that name works here’ or that ‘this doctor no longer takes your insurance’ since these employees have no relationship to the doctors either. There is no mechanism for input or sanction from the physician. Many of my friends and colleagues have had to contemplate the potential harm caused or distress felt by patients at losing their doctors with no communication. The only exception to this standard is retirement when doctors are allowed to communicate personally because no business interests are threatened.

I am ashamed of the callous, avoidant goodbyes that have been made in my name, and I regret the distress caused by this widely accepted standard. The determined patients will figure it out anyway, and the less-resourceful ones are left confused, hurt, and more likely to avoid important medical care.

Karen Dong is a family physician. 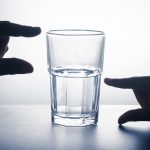 Eating disorders thrive in secrecy, so let’s talk about it [PODCAST] 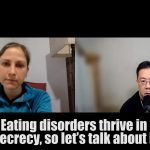