A recent conversation with a colleague took an unfortunate turn when he asked me to teach him how to say my name. I happily obliged. “It’s O-HA-BUN-WA” I said phonetically with a smile on my face. Like many with ethnically distinct names, I get so happy when people attempt to say my name correctly. His response, however, was quite shocking.

“I will never be able to pronounce that,” he said emphatically. Compounding my pain, he turned to the front of the room, and yelled with so much confidence, “O’Shaughnessy, Villanueva, please come to the front.”

I slowly placed my palms to my face in disappointment. I was disappointed by both the finality of his assessment and his inability to recognize the cognitive dissonance he had just exhibited. Why did he take the effort to pronounce other four and five-syllable names such as O’Shaughnessy and Villanueva but not take a few seconds to learn my name? I have grappled with this question at various points in my life, even writing about it in a recent op-ed in the Annals of Emergency Medicine. His actions represent the name-based subtype of microaggressions.

Many of us have heard about microaggressions: brief, subtle slights that convey demeaning messages to target groups. Microaggressions can be based on race, gender, sexual orientation, and, unfortunately, names. Microaggressions have been linked to poor mental and physical health of the targets. Furthermore, these aggressive acts affect the targets and the people watching it unfold, multiplying the effect and magnifying the hostility of the work environment. With rates of healthcare worker burnout at an all-time high, actions to combat microaggressions and its name-based subtype are necessary in our efforts to promote diversity and inclusion in the workplace.

So how can you combat name-based microaggressions? First, I ask that you commit to the Ask Learn Practice (ALP) model for ethnically distinct names. Whenever you encounter a name that you do not recognize, I urge you to first ask how it’s pronounced. Second, learn the correct pronunciation. And third, practice it a few times. To be sure, one of the most common reasons for avoiding names is the fear of “butchering it.” This is why asking how it is pronounced is key. Your friends and colleagues will appreciate every effort you put into this.

But what if you don’t have the opportunity to ask? I encourage you to utilize pronunciation guides like those on LinkedIn and Namecoach to familiarize yourself with your colleagues’ names. LinkedIn recently unveiled a feature allowing users to record their name pronunciations and display the audio on their profiles. The next time you look at a LinkedIn profile, make the effort to click on the speaker icon next to the name. Other companies such as Namecoach provide a free service for people to record their names and add to their email signatures. I encourage you to utilize these today so we can work together to normalize accurate name pronunciation in our efforts to promote diversity and inclusion.

A quote ascribed to Dale Carnegie reads, “a person’s name is to that person, the sweetest, most important sound in any language.” In retrospect, my colleague was able to pronounce Villanueva and O’Shaughnessy because he had heard the names on multiple occasions and therefore internalized the pronunciation. With the ALP model and programs designed to aid in pronunciation, you too can internalize the pronunciation of names like Ohuabunwa. Will you join me in making these two commitments today?

Names have been modified to protect the identities of those involved.

To treat future COVID variants, we need more than vaccines 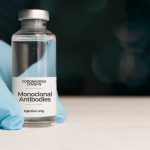 COVID and obstetrics: a physician shares her story [PODCAST] 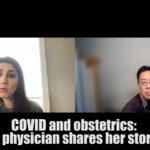