There is value in reflecting on the most difficult experiences, as it affords an opportunity to examine how we act, react and change in response to the forces around us. The most difficult experiences in medicine are often not discussed, as there is typically not a space in which to begin such stories. So, without further preamble or justification, here is my worst experience in medicine, one which I’ve never had the opportunity to share.

I remember the worst code I ever ran. I ran many, many codes as a resident. I was working nights on the 6th floor of my hospital in the Bronx. There were so many new patients every night. It is likely different now, but the process for admitting patients was unpredictable. The senior resident – on that night, me – would get a page from the ED with a name, age, and chief complaint. Just three facts. Then, some undetermined time later, the elevator doors would open, and the contents of that page would roll out. 6, 8, 10 patients every night.

On the night of my worst code, I had admitted several patients already by 2:00 a.m. I received a page for a middle-aged female being admitted with an asthma exacerbation. I had my questions ready to ask, my exam maneuvers planned, and my note sketched out. In the back of my mind, I was almost done with this admission before the patient came to the floor. The patient arrived through the elevator doors before I had a chance to finish my work with the previous patient. I did what’s called “laying eyes.” This process involves straining every shred of your observation skills to look at someone and determine right away the key central question in all inpatient medicine, “sick?” or “not sick?” I laid eyes on this patient who I’ll call Amanda. She was breathing heavily, speaking 8 or 10 words to me before needing another breath. I told her I would see her soon, entered more breathing treatments for her asthma and returned to my other patient. I was working with a fourth-year medical student that night, Jon. I told Jon he could start seeing Amanda and I would join him soon.

I returned to my work only briefly. I was interrupted by the overhead PA announcement. “Code blue, room 626”, repeated three times. It was down the hall from me. I ran down the hallway – pager blaring again with the code call – and found a nurse giving compressions to the elderly man in the bed. Several others were whirling around him. I identified myself, started assigning tasks to others, and walked through the emergency algorithm for cardiac arrest. My heart was racing, forehead sweating, but outwardly I was calm. I had gained confidence in my short two years of residency and felt I could do this. Then, my pager went off again.

In the commotion, I had missed the overhead announcement. My pager read, “Code blue, room 636.” What? They called the code on the wrong room, and they called 5 minutes too late.” I stepped out into the hallway to notify the unit clerk of the mistake. As I stepped into the hallway, I looked directly across the hallway to the doorway of room 636. Jon was in the doorway, his face pale, eyes wide, and mouth open. 636 was Amanda’s room. Amanda was now lying on the floor at Jon’s feet. I ran across the hallway. “I came to see her,” Jon said, “She wasn’t in her bed, so I looked into the bathroom. The door was open, and she was dead.” Jon had dragged her onto the floor, which was the right move. The page wasn’t a mistake. We had two codes to run.

I told him to start compressions. For the next 15 minutes, I ran across the hallway in 2-minute intervals. I would give orders for the old man, start the 2-minute round and run across the hall. I would give more orders for Amanda and back I went. Eventually, the critical care team arrived to assist. The attending, a brusque and hardened critical care doctor, told me that he would run Amanda’s code to help me. I focused on the old man, borrowing the critical care fellow to intubate. Soon after, the man regained his pulse. His blood pressure came up, and he stabilized. I looked across the hall to Amanda. She was now being intubated on the bathroom floor. I ran over to help. As my foot crossed the threshold of her room, my pager when off yet again. This time, it was radiology. They had paged “911.”

I returned the page on my cell phone while standing over Amanda. The ED had ordered a CT scan specifically calibrated to detect clots in Amanda’s lungs, but the results had not returned by the time she came to the floor. Amanda had a massive, saddle PE extending into all lobes bilaterally. She was dead, irrevocably dead, the moment those blood clots had formed. It just took time for her heart to realize it. No amount of compressions or drugs can fix a clot like that. Nothing we were doing on that bathroom floor was going to reverse the fact that Amanda was dead. I told the critical care attending the news, and we stopped compressions. One patient had lived; the other had died. And there was more work to do.

There is a small amount of literature about secondary trauma. This means that the people who respond to trauma (firefighters, police, doctors, EMTs, etc.) experience PTSD from experiences they were not the primary victims of. I haven’t read the literature, and I don’t know what qualifies. I do know that this is the single worst experience with humanity that I have ever had, and the images from that night are as clear in my head today as they were when I first saw them. I know I will never forget that night, nor will I ever cease to feel my heart drop and stomach churn when I think about the few steps that Amanda took from her bed to the bathroom. The last few of her life.

Rehaan Shaffie is a hospitalist.

Is direct primary care the answer to insurance-based problems? [PODCAST] 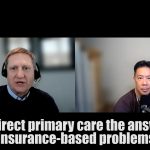 Why you should not use BMI for your New Year's resolution 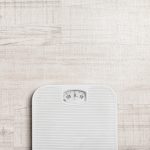