So I am on the road again — sort of. What I do is work away from home, which isn’t quite the same thing. Where I work as a radiologist is not within commuting distance, so I stay at a nearby hotel. In general, that has worked out fairly well.

Not long ago, however, when I went to start the car after breakfast, I became immediately aware of a roaring sound.

The sound seemed to be coming immediately beneath me, and I was initially mystified. I didn’t have a lot of time to cogitate, however, as I needed to be at work soon. So, with some trepidation, I gingerly moved the car onto the road, hoping I could make it to my destination. Fortunately, I did.

The town in question is not familiar to me. It’s about 90 miles from where I live.

I mused: What could have happened? The car was fine the day before. I didn’t bump anything with force when I parked.

Then, gradually, thoughts — some bad — entered my mind.

What if someone had stolen my catalytic converter? I happen to drive a car which is stolen frequently, and not only for parts but sometimes that, too. Having had the car stolen once at work, from a hospital parking lot no less, at the end of 2017, I was keenly aware of this.

After work, I drove to an auto store. The employee looked under the car. “You’ve still got your catalytic converter,” he said. “But you’ve got an exhaust leak. Get it checked.”

I didn’t know any of the muffler shops in the area, but my daughter told me what my home mechanic had told her: there was maybe some risk of fire while driving with an exhaust leak. Better to get it fixed and not wait.

I was prepared to spend hundreds – at least. While it’s true the car is 18 years old, it still runs well. This didn’t seem a good enough reason to replace it. Plus, the catalytic converter on another car might be just as vulnerable.

At noon, I drove to the muffler shop. It was not in a good section of town (I’m unsure if there is a good section; if so, I have yet to discover it). Some of the places I’m asked to work have no good sections. The thought occurred to me that maybe karma was kicking in.

Julie Andrews sang a song called “Something Good” in The Sound of Music (1965). It contains these words: “So somewhere in my youth or childhood, I must have done something good.”

But maybe that was describing someone else.

When the car was up on the lift, I saw where someone had indeed tried to steal the catalytic converter. Just in front of the converter, closer to the engine, the exhaust pipe had been partially sawn. Thus the sound resembled a tank whenever the engine was running.

“Do I have to make an appointment to get it fixed?” I asked the repairman. “No, we can weld it now.”

I asked the young lady running the establishment what forms of payment she accepted. There was a nominal fee with credit cards. I paid in cash.

I was delighted to have gotten off so lightly. It might have been worse. So much worse.

I don’t know what happened the night I was targeted. I may never know, and that’s just as well.

The catalytic converter thieves seemed to know what they were doing.

But the blade they used apparently didn’t do the job. Or maybe they got distracted by something or someone.

In any event, they didn’t finish what they intended.

Where I parked was not covered nor gated. And that night, I parked in front of the hotel, close to the frontage road, which paralleled the freeway. It is out in the open, and, implicit under such circumstances, one parks at their own risk. I was told there was a surveillance camera, but no one offered to show me the footage. I thought that was a bit odd but didn’t say anything.

I also thought of something even more sinister: What if hotel personnel were in on this?

What if they had said to the perpetrators, “We have a person with such a car. It’s probably easy pickings.” I have no way of knowing if such were the case. Perhaps it’s paranoid ideation. Or maybe not.

Regardless, I decided to be proactive. Since then, I’ve been staying somewhere else.

There are so many times when we think things are bad, but they could be worse.

John Steinbeck, American author and 1962 Nobel prize winner for Literature, wrote a charming nonfiction book, Travels with Charley that same year. Charley was his poodle, who accompanied Mr. Steinbeck on his 10,000-mile journey around the USA.

Something Steinbeck wrote in his 288-page book sticks with me:

“What good is warmth,” he mused, “Without the cold to make it sweet?”

It behooves us to be thankful for the good times.

The bad ones may be lurking around the corner.

I think John Steinbeck may have been onto something.

Good morning and thank you for flying SkyAnesthesia 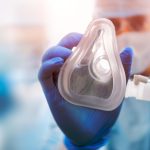 COVID-19 and the Tuskegee syphilis study