Before there was doom-scrolling, there were sad books. For me, it was Chapter 18 in Life and Fate by Vasily Grossman. The chapter is a fictional portrayal of Mr. Grossman imagining his mother’s last words. The protagonist—modeled on the author—and their two mothers have the same fate at the hands of the Nazis. I tried several times to get through that chapter, through that letter, and through the book. I can’t do it. There are never enough tissues or enough courage to finish. But, there are moments that the words don’t reach.

Our daughter was born in March of 2020. That virus was a discussion point in the hospital, and I wanted to blow it off. Within days, Michigan was closing, and our world was reduced to the world on phone screens, our dog, and our children. Daily chaos was a lot: spouse trying to work from home, dog, toddler, a refluxy baby, post-operative pain, and crippling hot flashes. My support group was virtual, the hugs I relied on became a thing of the past, and the stress of two small kids had nowhere to dissipate. How lucky we are to be alive right now.

Michigan emerged from that first surge. Our son restarted daycare, then our daughter. Work was different, and COVID became more abstract. Daily hospital emails with COVID case counts, resource utilization, and blood bank statuses bombarded me. That first peak showed our hospital at 20 to 30 percent COVID patients. Summer of 2020 only showed us a handful of patients here and there. Masks were sporadically worn, edicts from the government were inconsistent, outside gatherings were normal, and the Operation Warp Speed vaccine research was promising. History is happening in the greatest country in the world.

There were a lot of hushed discussions between my inside connection on the infection control team to circumvent the issue of lactation. Despite sparse published research regarding mRNA vaccines, there was published research of COVID antibodies crossing through the breast milk and protecting babies. After hours of discussing with various physicians, I decided the vaccine would be a great choice. This could be the end, I thought. And I’ll pay it forward, enrolling my milk in an antibody study, which was published in November 2021 in Obstetrics and Gynecology. Would it be enough?

Well, delta means change, and change is what happened. COVID was directly affecting my patients in a new way. Sure, there was always an association of COVID and preeclampsia, but now there was the link with stillbirths and miscarriages. To add to it, children were being orphaned. My nightly doom-scrolling was worsening, but like all train wrecks, I couldn’t look away. The initial numbers out of Mississippi were terrifying, and then they were echoed here. There is suffering too terrible to name.

I worked so hard to convince my patients. We bargained, I pleaded, I shamed, and once even cried from frustration during an exam, and it never mattered how much science, data, evidence, or good ideas I presented because they dismissed me. They knew more suddenly and were empowered an influencer who said her boyfriend’s neighbor’s dog’s walker had some weird side effect which isn’t even listed in the package insert! Everyone was an epidemiologist, a scientist, a researcher, and more informed than doctors. And people kept getting sicker. It was never enough.

The women couldn’t breathe, they were losing their babies, they were losing their uteri to coagulopathies, they were developing lifelong complications with their hearts and lungs, and still, they were recalcitrant. They were gasping for air, unable to communicate, but trying to get me to empathize with them and accept their choices. Their hands clutched at their abdomens, wondering if babies would survive acute respiratory failure while denying the severity of COVID. These were the same women who made callous statements weeks prior, the government conspiracy or whatever the latest fad is, and ridiculing public health efforts that exist to protect the population. The machinations, the myths, the misinformation, all of it was enough to drive me out. And there I was, in the depths of the unimaginable.

There are days I want to write to my patients, the letter I imagine some would want to read. I’d post it on the same social media pages that grant everyone virology, epidemiology, and psychology degrees. What would I write to them? Certainly, the facts haven’t swayed them. I can’t. To write that letter, I would write one word, “No.” But would that be enough?

Yuliya Malayev is an obstetrician-gynecologist.

This physician is running for U.S. Senate. Here is his health plan outline. 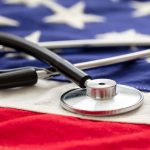 Analyzing the deficit of African-Americans in academic medicine [PODCAST] 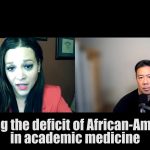 More by Yuliya Malayev, DO, MPH