The U.S. Congress is considering regulating one of the most lucrative and powerful companies in the U.S. because teenage girls are attempting suicide over algorithmic images of female bodies.

As an MD-technologist, this is my jam. For over ten years, I’ve been obsessed with how technology makes us sick and how it can be used to make us healthy. So what can we learn from these events, and more importantly, what should we do differently?

“Nowadays, women not only feel pressured to bodily compete with socially generated beauty standards, but to compete with their own image too — in some ways, the image offers the only way to attain the unattainable beauty standards. Yet, through this, women are merely perpetuating this skewed perception of what female corporeality ‘should’ look like.”
— Isabelle Coy-Dibley, “Digitized Dysmorphia” of the female body”

As we learned from tobacco control, when a for-profit industry creates a disease, the only effective public health intervention is regulation, followed by anti-industry advertising.

Yep, unquestionably, Instagram isn’t good for teenage girls. We even know why, something called negative social comparison where rumination on how oneself underperforms related to others is linked to depression.

This should come as no surprise to anyone who knows anything about depression — some of the most effective therapies for depression in the 21st century involve examination and redirection of repeating negative illogical thoughts. We also know from both depression research and behavioral economics that humans are irrational, so it doesn’t matter if the thoughts and social comparison are illogical — the results on mood are the same if the thought is repeated frequently enough.

Last, but certainly not least, there is a for-profit industry behind this dysmorphia. The weight ($189 billion), surgical ($50 billion), beauty ($511 billion), sex ($186 billion), and fashion ($3 trillion) industries all profit from negative social comparison and are incredibly adept at creating it.

Instagram takes its cut — with $20 billion in ad revenue in 2019, it comprised more than a quarter of Facebook’s total revenues, outperforming YouTube. Instagram also has the majority of the beauty industry’s advertising, capturing 93% of L’Oreal’s ad spending, among others.

So it’s a bit of a no-brainer that thinking badly about our bodies causes depression, that the people who profit from this depression pay Facebook to show us photoshopped images of surgically-enhanced celebrities on Instagram, and that the canaries in our psychological coal mine are girls naive to advertising caught in the throes of hormonal disruption.

In other words, what have we really learned about the human psyche from the Instagram research? And more importantly, what do we need to do differently?

A ray of hope in the digital darkness

It is pointless to argue that teenage girls should stop looking at the female form. We are a visual primate species with assortative mating behavior based on biological markers of fertility and health. Although most Western women find the commercialization of female bodies to be oppressive, our species display our bodies to attract mates, display athletic prowess, and place ourselves in a social hierarchy. Digital representation may be new, but the drive to observe women is age-old.

Furthermore, the freedom to choose how female bodies are displayed is a core aspect of most women’s rights movements. No Western woman would argue that we ought to cover up women, or display their bodies less — celebration of the female form in visual art and fertility is central to our societal values and archetypes and goes back to the stone ages.

Healthy teenage girls have the psychosocial developmental task of creating a personal and sexual identity — they need to explore and try on various personas to see what fits, which makes them avid curators of other women’s bodies, histories, and lifestyles. This is both necessary, and healthy. If this exploration is blocked, it can lead to dysfunction in later life. We want our young women to explore their bodies, and this generation will be doing it via images and video on social media, apps, the internet, and streaming sites.

There is a critical note in the Wall Street Journal report that has largely gone underappreciated in the debate about regulating social media. As Al Jazeera reports:

“While other apps such as TikTok, a short-video app, are grounded in performance, Instagram focuses on the body and lifestyle. The pressure to look perfect and have an ideal way of life could send teens spiraling towards eating disorders and depression, internal research found.”

TikTok is better than Instagram. Performance is better than body and lifestyle. This is not only brilliant, but it’s also a way forward. Let’s unpack it.

Performance and function in the female form

When we look at great works of art, Michelangelo’s sculptures and sketches in the 1500s or Rodin’s Kiss in 1888, the male forms haven’t changed much — they could still grace the cover of a Men’s Health magazine. But the female forms are dramatically different from the images we currently see in Women’s Health and markedly less muscular.

“Digital dysmorphia” is a term coined for the dissatisfaction women feel about their bodies in association with their ability to digitally edit representations of themselves. We should also note that these representations bear little resemblance to functional anatomy or musculoskeletal development, which has been evolutionarily conserved throughout 200,000 years of our species development. In some ways, we are becoming dissatisfied with health itself.

As more and more women in public life turn to surgical enhancement to meet a mythical female geometry, I wonder, do we really even have the faintest societal grasp on what functional female bodies actually look like?

Have we allowed men armed with Photoshop, leading advertising agencies, and equipped with scalpels to reach into our very bones to define us yet again? Have women edited themselves into oblivion in search of self-perfection?

Or are we simply using the wrong metrics to assess ourselves? Is it as simple as replacing still photographs with video? What if we add in a real-life challenge instead of a lens filter?

Why can’t we use images to make ourselves healthier

“We need to get serious and stop pretending that telling patients to lose weight without giving them the tools to do so is an acceptable intervention.”
— Dr. Elisabeth Poorman, Why I’ve Stopped Telling My Patients To Lose Weight

Yes. I unquestionably chose a woman on the far-slim side of healthy female anatomy for the cover of this article. I wanted you to compare her anatomy with the common images we have all seen gracing the cover of Vogue. I wanted you to see the muscles in her thighs and her balance and wonder how she developed them. I want you to wonder why you haven’t seen that kind of definition often before.

Obesity is one of the leading health crises of the modern world described by the World Health Organization as “one of today’s most blatantly visible — yet most neglected — public health problems.” Obesity is responsible for around 280,000 deaths annually in the U.S. alone and doctors are often at a loss as to how to treat or prevent it. In a 2015 U.K. study of 99,791 obese women, the annual probability of returning to normal weight was 1 in 210, 1 in 677 for the morbidly obese.

We haven’t even begun to solve this problem, but that doesn’t mean we shouldn’t try. I propose that we need to get creative, we need to start thinking outside of the box, and for both our mental and our physical health we need to stop thinking of women’s bodies as an all-or-nothing event.

Women are not static architected images; we are open weather systems, whirling dervishes, and chaotic change.

It might be improbable, but for most women, it is possible to lose fat and get healthy. Women who engage in high-intensity training, follow intermittent fasting regimens and introduce plant-based diets do reduce their body fat and improve their metabolisms. Skeletal muscle can burn fat in insulin-independent pathways, and increasing skeletal muscle helps prevent diabetes, treat insulin resistance, and counteract harmful effects of obesity.

Images can motivate us to become more active. When I gained weight and restarted my workout regimen a few years ago, I got depressed by all the fitness magazine images showing women whose bone structure was different from mine. They were healthy, but on the far side of thin, for me, they represented unachievable ideals. Fortunately, I’m a huge fan of metacognition and mindfulness, which means I’m just smart enough to tell when I’m being stupid about my weight.

I believe doctors have a responsibility to embody preventive medicine knowledge. If we can’t live healthy lifestyles ourselves, how can we effectively teach our patients about them?

I decided to get creative and experiment with visual motivation. I applied a body of knowledge I had developed over the years as a preventive medicine researcher. We have solutions, cutting-edge research on tiny habits for lifestyle interventions, chaos theory in behavior change, mimicry with mirror neurons and irrationality in decision-making. Using these solutions, I decided to work directly from an emotional level.

I could tell the images in Cosmopolitan, and Shape made me sad, images in Oprah didn’t motivate me, but for some reason the images in Women’s Health and Oxygen made me want to get off the couch and work out.

Women are not static architected images, we are open weather systems, whirling dervishes, and chaotic change.

To motivate me to reach my best body, I bought a bunch of magazines and cut them up. I made a poster of women’s bodies who looked like mine — just a bit fitter. I tried my best to match my own ethnicity, age, height, and attributes like shoulders and calves. I also picked women who were only a couple grades more fit than I was (even if my end goal was to be much fitter. I put the images on my wall, in my workout binder, and on my computer screensaver. And I started to work out. A lot. Without having to think about it too much.

It got to the point that whenever I saw this image of Jessica Biel running I would put on my running shoes automatically. And I’d remember the image when I felt like doing a sprint in fartlek. I noticed I felt motivated to get in motion and achieve my own version of the divine feminine. It felt good to be motivated by people who were displaying positive traits of femininity. And I felt like I was collaborating with these women, not competing with them.

As a physician, a researcher, a sometime-couch-potato, and an athlete, I can absolutely attest that watching active, functional female bodies has motivated me to lose weight, improve my health status, and reduce my familial predisposition to diabetes.

It has also changed my relationship to my body and that of other women. I feel more grateful for my ability to move, I feel more companionship with other women as they move, and I feel less pressure to conform to artificial female beauty standards as I root my feelings about my body in what it does, not how it looks.

If you’re reading this article, and you identify as female, I’d like you to try this quickly, watch one or more of these videos, and see how you feel about moving your body: 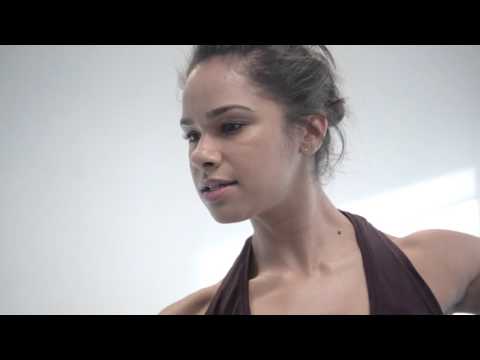 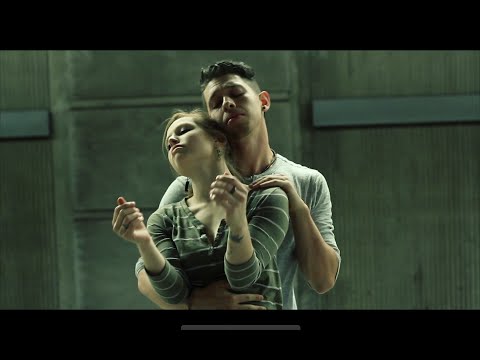 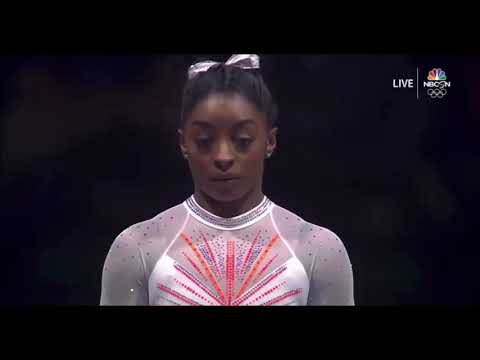 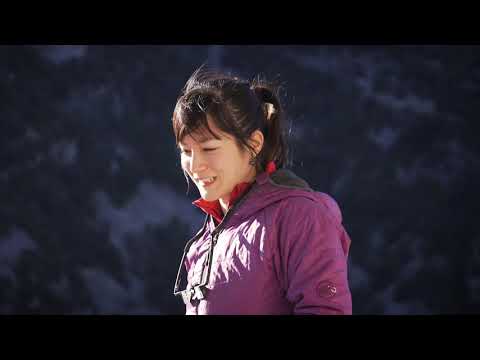 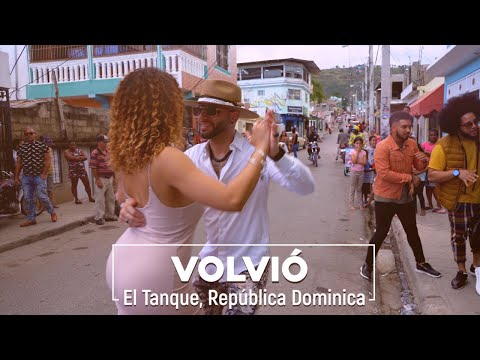 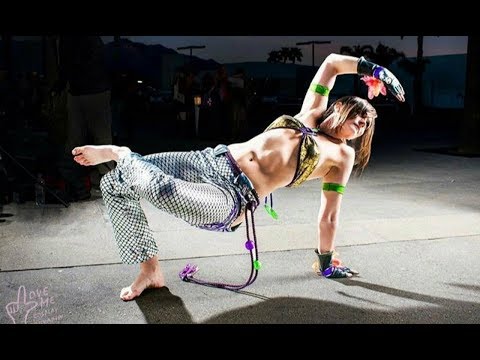 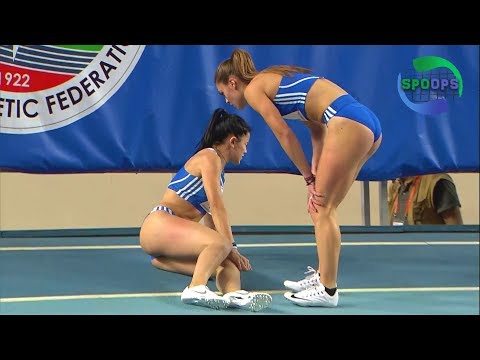 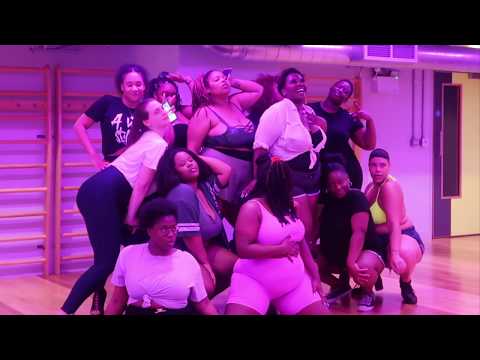 Why do we obsess and repeat?

The dark horse of the care team: a parent's perspective on hospital chaplains 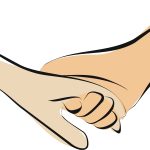