There were 12 of us at the spacious table, gathered for a tasty, albeit unconventional Christmas meal of soup and salad. My adult son was seated to my immediate left. Meal completed, compliments and gratitude expressed to the preparer, my son turned to the fellow on my right.

“You want some coffee? I’m going to Starbucks.”

My daughter had graciously consented to host Christmas at her house. For Thanksgiving, she and her family had the good judgment to be out of the country.

This time there was no such reprieve.

But she likes to entertain and does a nice job of it. She even invited some close friends to join the family.

“She (girlfriend) likes it a certain way. It’s just easier to get at Starbucks.”

“I’ll take mine black then.”

My son left. A short time later he was back.

Then reappeared with a steaming cup of joe for himself. He sat it down in front of him with care. I noticed it, but barely, out of a corner of my closest eye. I did notice steam rising from the top. I was to remember that later.

We decided to do a gift exchange. The way this works is we each bring a wrapped gift of maximum $25 value. It’s a fun and painless way to maintain the Christmas spirit. And what better time to do it than on Christmas Day? The gifts were lined up on the table, preparatory to being distributed. Any given gift can make the rounds 3 times. After that, it becomes “dead” and is removed from the table to avoid potential confusion. But one seemed precariously positioned, balanced between two others. I went to move it.

As I did, my left arm bumped the cup in front of my son. It was as if I never saw it. It was almost like prestidigitation: now you see it, now you don’t. The cup, obeying the law of gravity, tipped, spilling scalding coffee onto his right thigh, the chair, and a dog prowling under the table. My son jumped up and ran to the bathroom. My daughter ran for a wet towel.

One of the guests commented, “Something like that happened to me once. I still have the scars.” He seemed about ready to roll up a sleeve.

“Not now,” I said and yelled out, hoping my son might hear, “Run cold water on it!”

As realtors are fond of saying, in different context, “Time is of the essence.”

Then ensued a series of happenings: Blue jeans off, rinsed, put in clothes dryer. Cold water on thigh. Wet towel on chair. Dog petted and reassured. Spare pants donned while dryer did its thing.

The next day I pondered. Did I ever properly apologize to my son? Sure we both knew it was an accident, but might an apology be in order?

So long as our heartbeats and we breathe, there is opportunity to become more enlightened, a better version of ourselves; to strive to become a mensch even if one’s not Yiddish.

Someone once defined hell on Earth as the last day on the planet when the person you became meets the person you might have become.
For me, I want those two people to be as close as possible.

So I texted my son. In response, I learned what I wanted to know.

“Leg is fine. Dog is fine. Phone is fine [I’d not thought of that]. Pants and shoes didn’t even stain!”

I was relieved. Not least because I felt responsible. Even though it was an accident, and my intentions were good, it was, after all, my arm which had knocked over his cup of coffee. The fact he would likely have told me had I asked directly was beside the point.

There was another thing: He could have been badly burnt.

In 1992, 79 year-old Stella Liebeck bought a cup of coffee at a MacDonald’s drive-through in Albuquerque. She accidentally spilled it on her lap. A jury awarded her almost $3 million in punitive damages for her burns.

The last thing I wanted my son to say (or even think) when he looked at his thigh was: My father did this to me. Even if he did it without reproach. There are some things a parent does not do to his children.

I grant you I may be overreacting. Maybe the whole thing can be easily explained by the law of cause and effect. It is not necessary to invoke the supernatural. Plenty of people don’t believe in miracles.

But, for them, maybe life becomes a self-fulfilling prophecy. Miracles perhaps don’t happen to them because they don’t believe in them.
But maybe you’ll grant me the possibility (I’m not seeking probability here, only possibility) something else happened.

After all, deceased French aviator and writer Antoine de Saint-Exupéry (1900–1944) has his Little Prince say this: “And now here is my secret … It is only with the heart that one can see rightly; what is essential is invisible to the eye.”

Daniel Day-Lewis, retired English actor, delivered a memorable performance in the 1989 film My Left Foot, based on the life of Christy Brown, an Irish writer and painter born with cerebral palsy, who could control only his left foot. One might think such a movie might not be engaging or entertaining, but, having viewed it, I assure you it was both.

My left foot is fine.

My left arm? Well, maybe not so much. 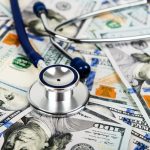 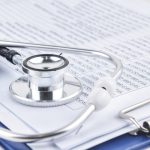 My left foot is fine. My left arm? Well, maybe not so much.
3 comments