The majority of my coaching clients are physicians. It isn’t easy for them these days. For the most part, doctors are rational types who believe in science, data, and facts. They have trouble understanding why so many of their patients seem to have signed on as extras in the unreality show of a skilled Pied Piper with a large and devoted following. How sad that so many people have followed this contemporary Pied Piper and his underling enforcers. To the tune of private label Muzak, they are marching into the ICU and the grave.

Children listen attentively to fairy tales while clutching their blankies or teddy bears. Comforting possessions of this sort are known as transitional objects by pediatricians and child psychiatrists. Just as these objects can be soothing, the fairy tales themselves can be touching and reassuring, reaching some people in a very deep and primal place. All the more so when the people believe in magic or can suspend disbelief. A battle is being waged between good and evil, and the wizard with special powers can make sense of it all and save the world.

Then there’s the windup and the delivery. Some storytellers have a knack for enrapturing their audiences. Mesmerizing stories compel. Especially when they live and breathe and are told over and over again, chapter after chapter, post after post, Tweet after Tweet. That kind of story may be the ultimate teddy bear. By the time you or your loved ones realize that an evil drug-pusher of sorts has disguised himself with teddies and blankies, you may already be intubated in the ICU.

Physician resilience? Our hearts are breaking over and over again, day after day. Separating children from their beloved blankies is an impossible mission. It’s not what we signed up for. We work hard, doing our best to heal and relieve suffering while bearing witness to the tenacity of belief systems that transform stress and complexity into tall tales of good and evil. The death part is hidden in the fine print, which nobody reads … except for those darn doctors.

Unrequited: love in the time of COVID-19 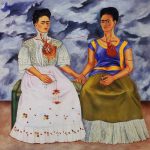 The pandemic has me angry, infuriated, demoralized, and scared