The U.S. is progressively falling behind other countries when rated on the percent of the population that is vaccinated against COVID-19.

I ask all my patients if they are vaccinated against COVID-19 and estimate that 80 percent are vaccinated. The unvaccinated can be unscientifically categorized into three groups, highlighting three real but anonymous patients.

The first patient is in their 5th decade of life and has diabetes. During our COVID-19 discussion at the patient’s most recent office visits, it became apparent that neither the patient’s friends nor family was vaccinated and that the patient did not listen to or read any news sources. As a result, the patient’s decision to remain unvaccinated was either a result of inertia or based on the recommendation of their family and peers.

I explained to the patient that in science, medicine, and politics, it is sometimes difficult to know what is “true.” This is particularly an issue in medicine and science, as new information continually emerges, which necessitates a reassessment of long-standing “truths.” It is also important to acknowledge that no person is sufficiently omniscient to allow them to claim that they alone know the real “truth.” (See The Constitution of Knowledge by Jonathan Rauch.)  With these tenets in mind, one method of optimizing their medical decision-making process is to seek out information from various sources and include my treatment recommendations as but one of many inputs.

In an attempt to reassure the patient of the vaccine’s safety, I explained that 6+ billion coronavirus vaccinations have been administered to 3+ million people with at most one serious side effect per 100,000 patients; the risk of a vaccination side effect is lower than most prescribed medications and  “lower … than your chance of getting bit by a shark if you go to the beach, of getting hit by a car if you cross the street, or being killed in an airplane crash.”

To highlight the vaccine’s efficacy, I explained that the COVID-19 vaccination reduces the risk of death and serious illness by 10-11 fold, reduces the risk of infection, the duration of infectivity, and the probability of “long-COVID” symptoms like brain fog, muscle weakness, shortness of breath and chronic neurological disorders.

Several weeks after the office visit, I learned that the patient had been vaccinated.

The second representative patient was in their fourth decade of life and told me they had been vaccinated but “regretted it.” I asked them which side effects they had experienced. They told me they had no side effects. During our conversation, it became clear that they understood the risk and benefits of the vaccination, but their family and peers did not. In the end, I concluded (although I did not explicitly ask) that the individual regretted being vaccinated as they received criticism from their peer group.

The third patient is in their 6th decade of life and had significant cigarette-induced lung disease (COPD), which would markedly increase their risk of dying from a COVID-19 infection. They responded to my inquiry, “Have you been vaccinated?” by vigorously telling me (paraphrasing), “I do not trust anything the federal government does or says.“

This patient demonstrated no willingness to consider being vaccinated no matter what I said.

How to increase COVID-19 vaccination rates

In my experience, patients in the first group (politically indifferent, medically uneducated, under peer pressure) can be convinced that it is in their interest to be vaccinated by patiently explaining that the vaccines have been rigorously tested and are certainly safe and effective. While some will state, “I need to wait for more data,” I explain that research has demonstrated there is little to no probability that science will eventually conclude that the risks arising from the mRNA COVID-19 vaccinations exceed their benefits.

I also tell my patients that if they do not trust my opinion regarding the COVID vaccinations, they probably should not trust my (or any physician’s) medical or surgical treatment recommendations as they are determined using the same thought process.

The second group of patients (politically indifferent, medically educated, under peer pressure) are harder to convince than the first group. At this time, I am uncertain if my entreaties are effective in this group of patients.

The third group of patients, those driven by politics, cannot be convinced to be vaccinated as their decision is a political decision, not a decision based on science. They have concluded it is in their best interests to adhere to the rules of their tribe, and no amount of scientific information will convince them otherwise. This group frequently says that they’re waiting for more scientific data. In reality, that is a sound bite that enables them to avoid acknowledging that it is a political decision. They do not reject science, as they promote the use of and accept convalescent plasma when they become ill but being vaccinated is tantamount to consorting with the enemy.

We don’t have to vaccinate everybody to end the pandemic; public health experts estimate we need to vaccinate 75 to 85 percent of the population. If we simultaneously implement efficacious public health measures (e.g., indoor mask when in crowds), isolate the exposed, and implement contact tracing, we will expedite our return to some semblance of our pre-pandemic life.

While I would like to say that ending the pandemic is “not rocket science,” in reality, the politics of this pandemic are far more complicated than rocket science.

Hayward Zwerling is an endocrinologist who blogs at I Have an Idea. 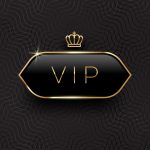 Superheroes can have disabilities, too 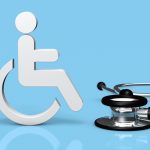